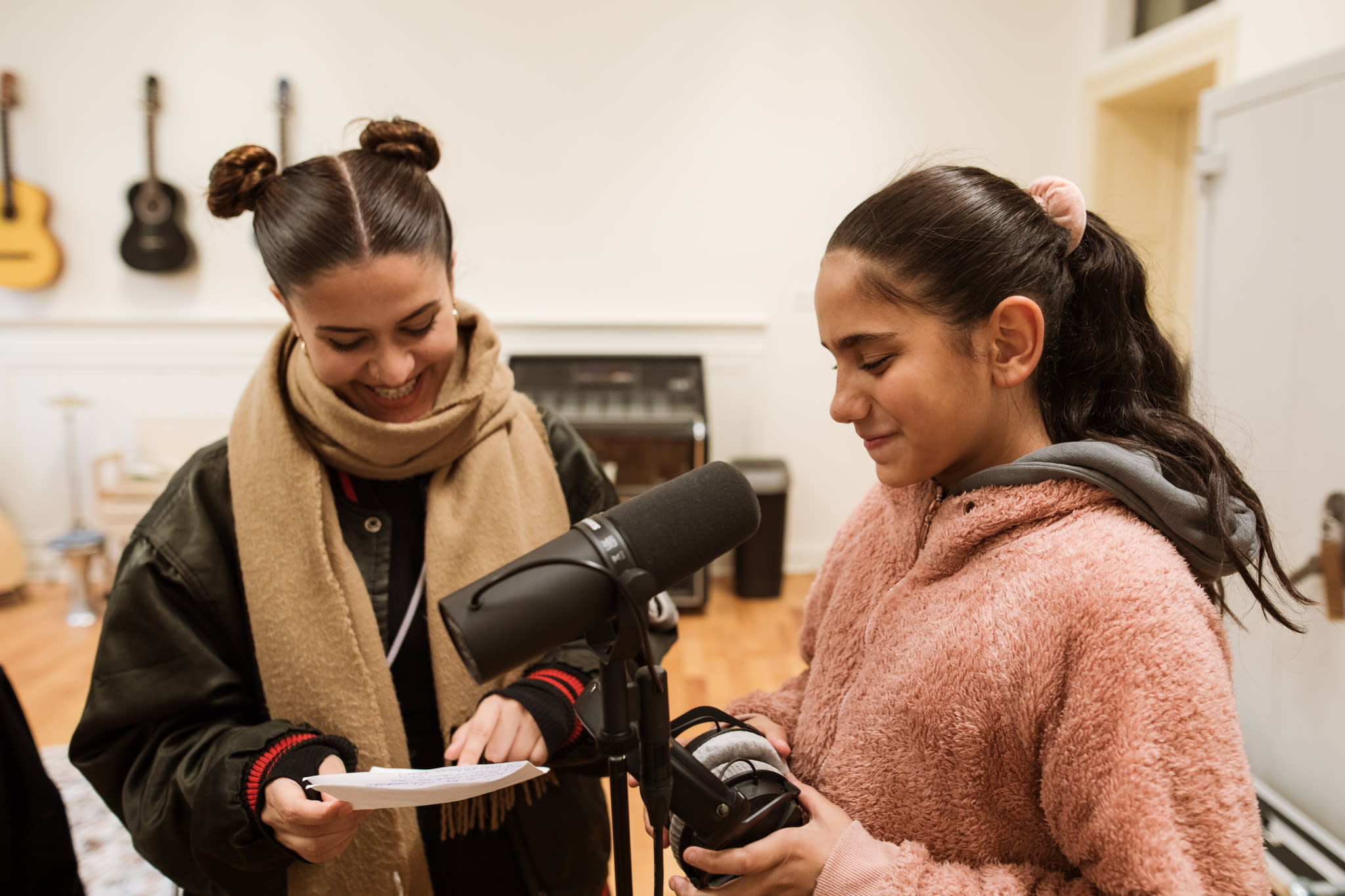 In 2023 we will be partnering with Turning Tables Germany to create new workshop series’ and other projects.

Turning Tables Germany is a Berlin-based non-profit dedicated to giving space to young people from marginalised and refugee communities in Berlin and beyond to express themselves through music and film. As well as expanding our collaboration, Refuge Worldwide are donating 100% of funds generated through our Patreon to support Turning Tables projects.

Based at the historic NaunynRitze centre for young people in Kreuzberg, where some of the biggest names in German rap started their careers, Turning Tables offer young people an open creative space where new artistic and technical skills can be learned and exchanged, as well as a platform through which young people can tell their stories to a global audience.

We had the pleasure of working with Turning Tables multiple times in 2022. From July to September, we collaborated on a 10-week beatmaking, singing and rapping workshop series for young FLINTA* people, which culminated in a showcase at the Nike Berlin City Hub. In December, we helped them celebrate the release of the Kinder vom Kotti compilation/concept album at Oona, with a day of live broadcasts and a written feature where we interviewed some of the young people and organisers behind the project.

Turning Tables already have several exciting projects lined up for 2023, including more FLINTA* workshops at NaunynRitze with Refuge Worldwide, and a collaboration with Solidrinks on an exclusive Kinder vom Kotti Ice Tea brand EINSTEE to be sold in Späti’s around Kottbusser Tor.

Head over to our Patreon page and subscribe to help us to support Turning Tables in their mission!

Every year we choose an inspiring non-profit organisation to partner with. If you want to know more, check out our previous partners Lilipad, Radio Zaatari and the Queer Black Therapy Fund.