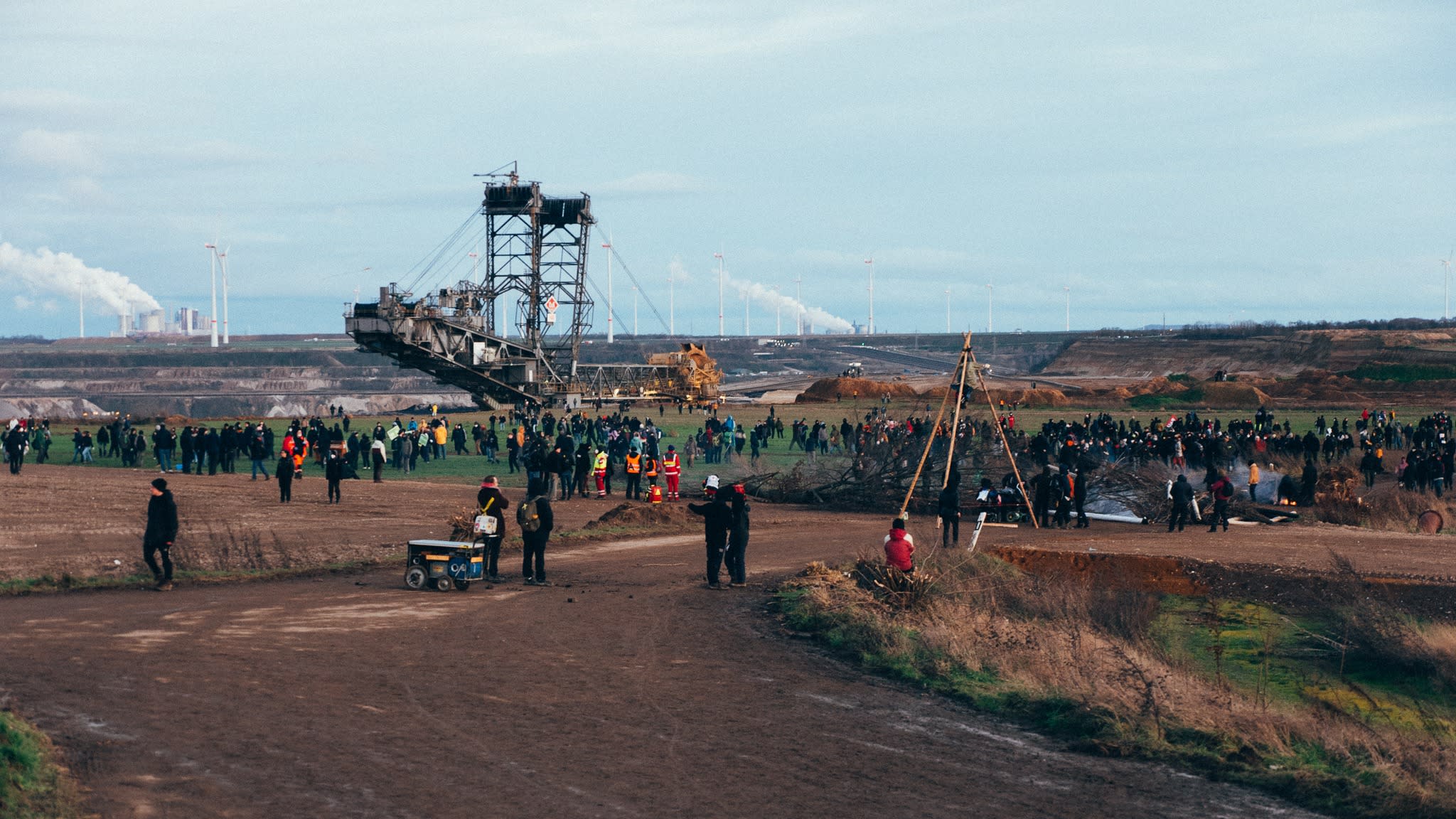 Up to 35,000 people protested this weekend in the village of Luetzerath, which is due to be demolished to make way for the expansion of a coal mine by Germany's largest energy company RWE. Organisers report that dozens of activists were injured in clashes with police.

Greta Thunberg, who joined Saturday’s protests, said that Germany was ‘embarrassing itself’ and panned The Greens for striking a deal with RWE that could make it impossible for Germany to meet Paris climate targets. Though the occupation has been cleared, the fight to keep 280 tonnes of coal underground continues, with further protests planned in the coming days.

Misdemeanour charges against 24 migrant rescue activists, including Sarah Mardini and Seán Binder, were dropped last Friday, following pressure from international human rights groups, the EU and the UN. The case, which the EU parliament has labelled "the largest case of criminalisation of solidarity in Europe" was rejected on procedural grounds. Mardini and Binder however still face an investigation into felony charges, including for human trafficking.

Lisbon-based Rádio Quântica is launching a fundraiser to help keep the community station running. Quântica is reliant on public funding, of which they receive very little, and is currently struggling to pay for the service and repair of essential equipment, as well as to pay the salaries for their studio team. If you would like to support Portuguese community radio, check out their fundraiser for more details.

Four months of protests in Iran

Though it may have fallen out of the headlines, Iran’s revolutionary movement continues despite the arrest of over 19,000 and the death of around 500 protesters since protests began in September. Repression has been particularly intense in western Kurdish regions and in the Sistan and Baluchestan province, where hundreds took to the streets again on Friday, defying the imposition of military rule in some cities.

Around 285 people have been reported missing and up to 33 people have died along the Polish-Belarusian border since crossings began in the summer of 2021. Brutal and illegal pushbacks by border security forces are a key factor according to NGO network Grupa Granica, who released a statement calling for "an end to deportations and [for] humane treatment of migrants" this weekend after three bodies were found by Polish authorities in the last ten days.

Our second-ever Open Decks Day is happening on Sunday, 29 January as part of our birthday weekend celebrations. Anyone is welcome, including absolute beginners, just email richard@refugeworldwide.com with some details about yourself and the music you’d like to play. Submissions are open until Friday, 20 January.