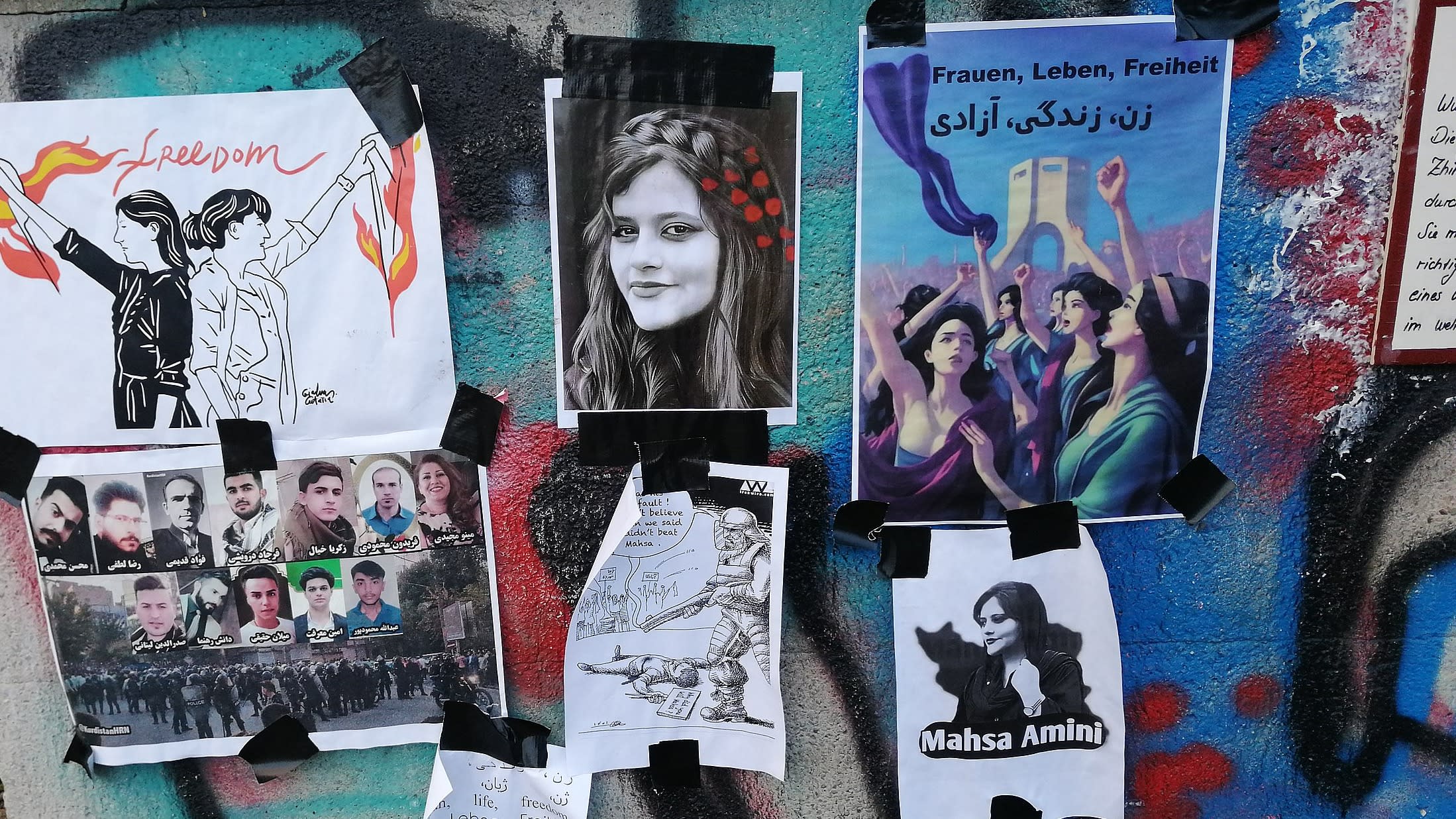 Iran’s women-led anti-regime uprising enters its fourth week. Nationwide protests under the banner of ‘Women, Life, Freedom’ are being met with violent repression - over 180 people have been killed by the state since protests began according to Iran Human Rights, including over 90 in the Sistan and Baluchistan province. One activist told the New Arab: ‘it is already a revolution – a social, a political and a feminist one. Women are in the front row and Mahsa (Amini) has become a symbol of the 43 years of suppression.’

This years Human Rights Film Festival Berlin begins this Thursday, 13th October. Head to @hrffb to check out the full programme of screenings, talks and workshops taking place at venues across the city. This year’s theme ‘Beyond Red Lines’ focuses on the questions: ‘How do we as an international community react when red lines are crossed? What consequences does crossing red lines have for our society?’ Get 5 cinema tickets for 40€ over on the official website.

Now you see me Moria call for experts

Now You See Me Moria, a project devoted to documenting and raising awareness of the realities faced by refugees, is building a database of refugee camps across Europe and the people who live there. They’re looking for researchers or anyone with on-the-ground knowledge to help out. Head to their IG (@now_you_see_me_moria) to learn more about the project.

A truce in Yemen came to an end last week, as opposing factions in the country’s civil war - the Saudi-backed Yemeni government and Houthi rebels - failed to agree to new ceasefire terms. Although some fighting continued over the course of the 6-month truce, there was a significant reduction in the rate of people being forced to flee their homes. There are fears that violence will escalate again in the country facing one of the world’s worst - and most neglected - humanitarian crises.

On October 11th we are launching our flagship Breakfast Show! Taking place from 10am until midday, from Tuesday until Friday each week, begin your day with the eclectic selections of Mokeyanju (Tuesdays & Thursdays) and Nikola (Wednesdays & Fridays). We also just launched our new chatroom, allowing for smoother real-time interaction. Join us there 24/7.