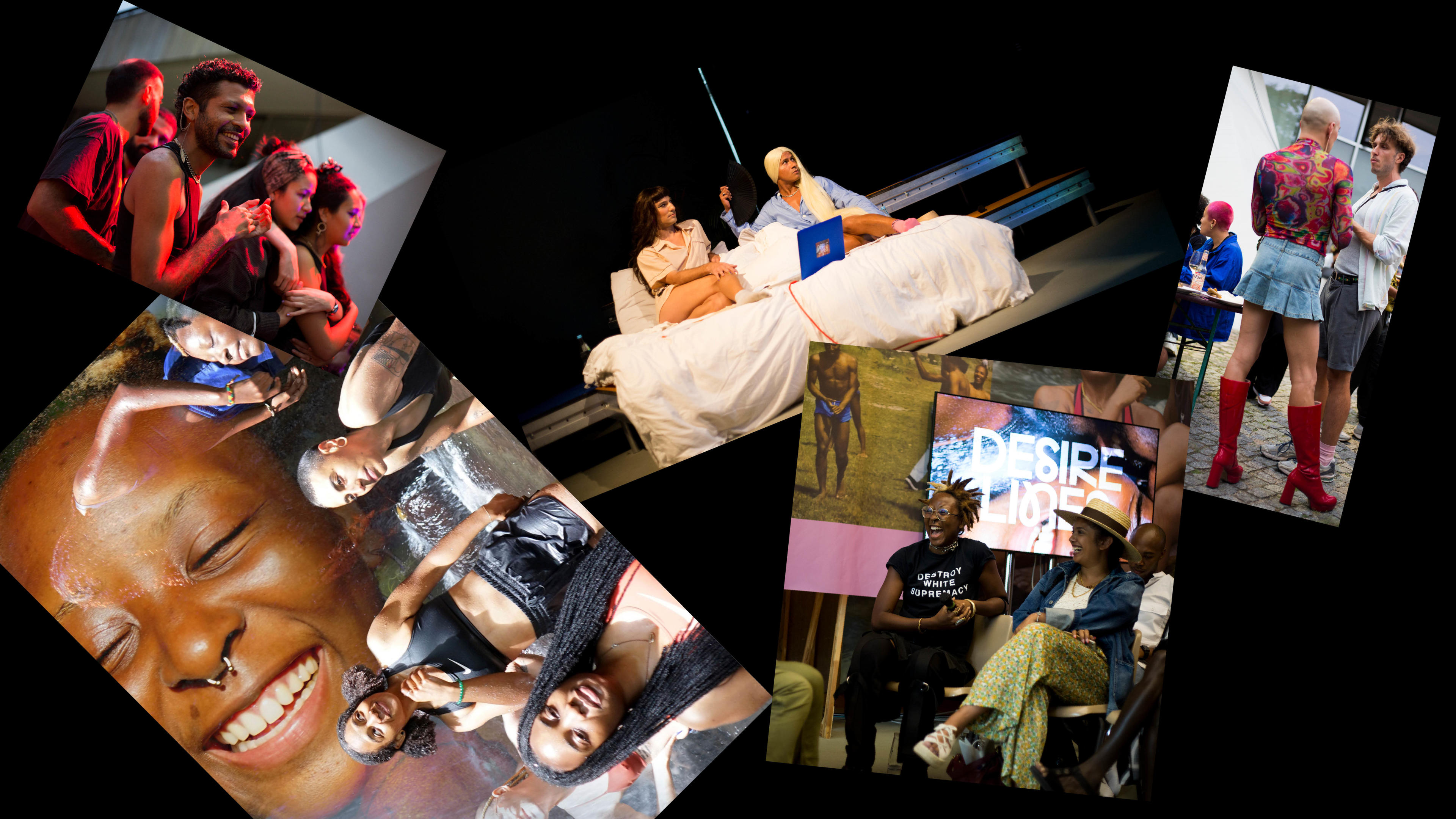 Moments from HKW’s exploration of queer love across island imaginaries

The event explored several questions: Why is the geopolitical and cultural space of the Caribbean region perceived as unequivocally homophobic in the Western-capitalist imagination? What impact do anti-colonial and emancipatory struggles have on LGBTQIA+? And how homophobic are dancehall and reggae?

Below are a selection of moments captured across the Desire Lines weekender:

Audience members listen in during Virginia Wilson (Gin) and Lyall Hakaraia’s talk on “Carnival, Community and Legacy”. The talk covers the legacy of Fagamuffin Bloc Party, an organisation founded in order to increase the visibility of QTIPOC Pride at carnival, and focuses particularly on London’s historic Notting Hill Carnival.

Phil Collins (pictured above) is a visual artist, filmmaker and educator. His work is rooted in close collaboration with people, places and local communities. With Marc Thompson, Phil Collins presented a talk on the photographic archive in their talk: “Black and Gay back in the Day”.

(Pictured above are) attendees at Jamzuela 100. JamZuela is a term coined by Latinx food performance artist Lalo Gomes to describe a type of cuisine presented in a communal experience. An exercise in communal care, one hundred participants of LaLoVe’s Kitchen were invited to help cook, serve each other and eat as a community.

Refuge Worldwide hosted the Desire Lines crew for a hangout at Oona, which included a dancehall set from resident O.N.A featuring special guest Mila, as well as sets from MINQ and Killa. You can listen back to our evening of programming on the Refuge Worldwide site now.