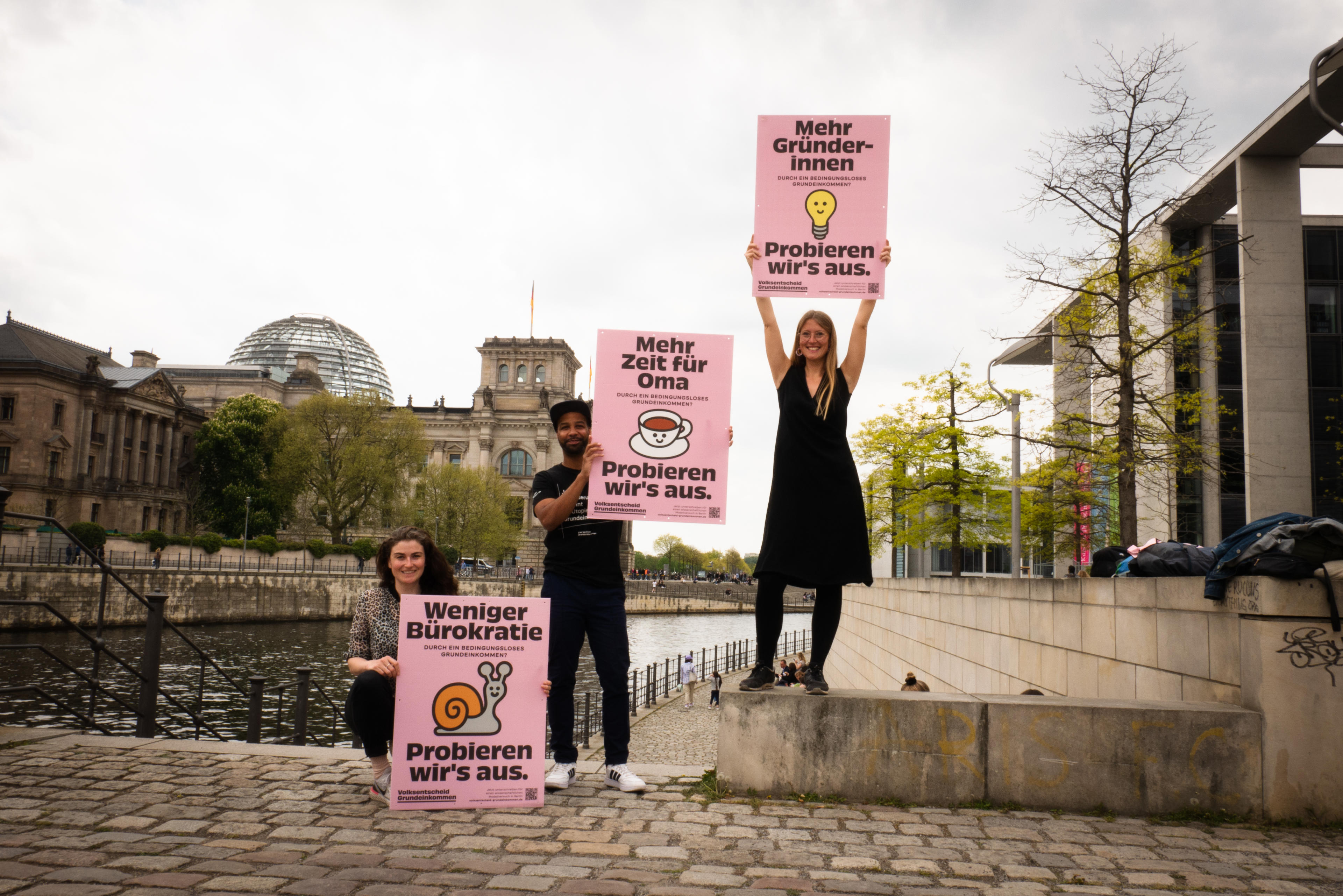 The Fight for a Universal Basic Income is on

In a civic landscape of widespread precarity, an unconditional basic income seems too good to be true.

Expedition Grundeinkommen are a Berlin-based non-profit challenging that idea by offering people registered in Germany €1,200 as a universal basic income. In order to test how the scheme might affect people’s well-being and lifestyles, the organisation is proposing a trial.

The trial will consist of 3,500 participants, half of whom will be given €1,200 every month for three years. Both groups will be monitored as a scientific control. Participants who sign up will be selected at random.

For those in precarious financial positions, the scheme could offer the kind of stability and mental space otherwise painfully out of reach for many.

The organisation is hoping for the trial to be state-funded and is therefore pushing for the pilot scheme to reach the referendum level. Referendums, unlike petitions, are binding. In order to get to that stage, the pilot scheme petition needs 240,000 signatures by 5th September 2022.

If you’re over 18, have been registered in Berlin for at least three months and are a German citizen, you can now find the petition at Refuge Worldwide on Weserstr. 166 to sign.