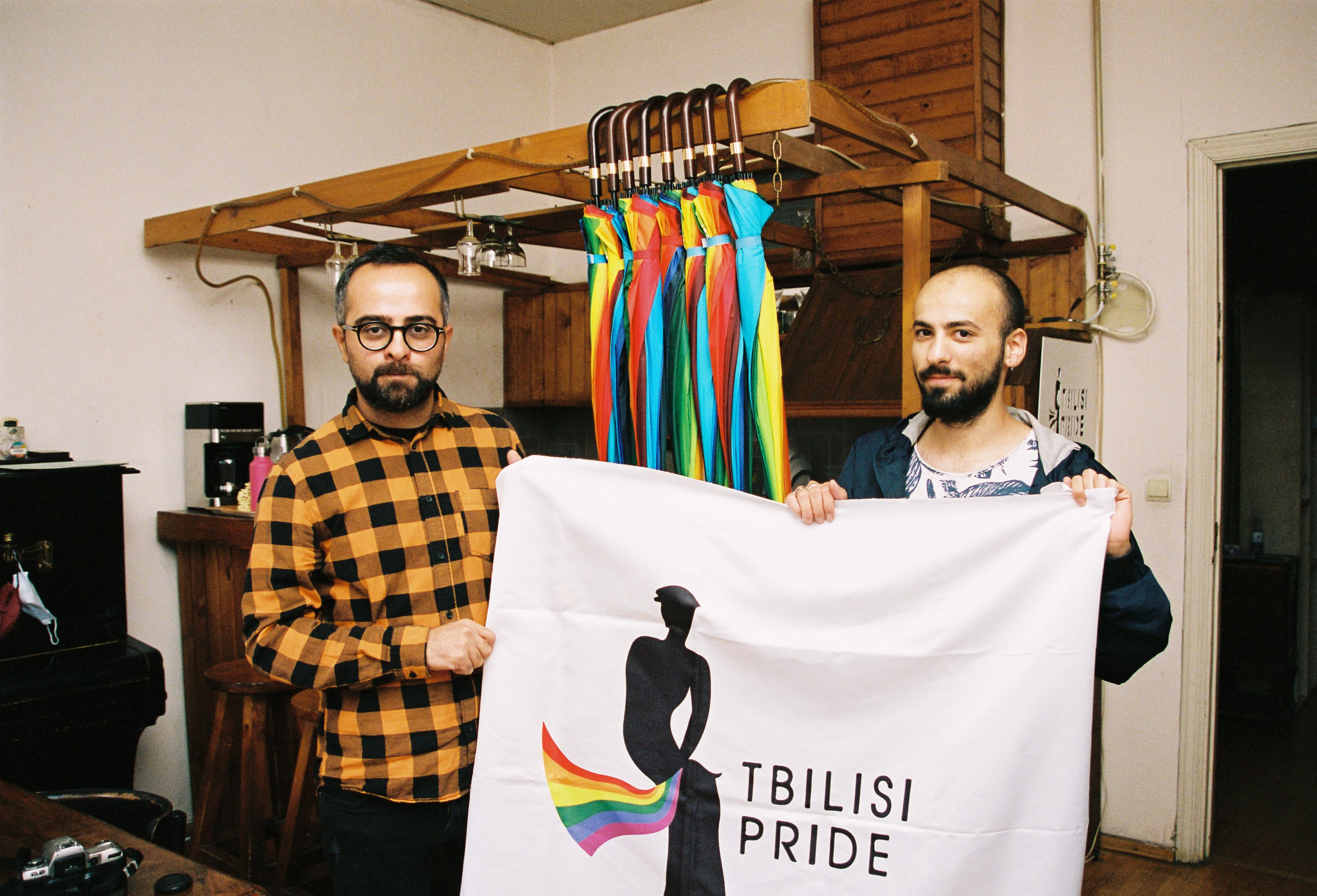 The march was disrupted on Monday by anti-LGBTQ+ activists who stormed and ransacked the Tbilisi Pride office.

Video footage released on Monday shows hundreds of anti-LGBTQ+ activists scaling the wall of the Tbilisi Pride office to dismantle and tear up rainbow flags.

While queer organizers had planned five days of LGBTQ+ Pride celebrations, including a “March for Dignity” across central Tbilisi, the events were called off amid the violence. Journalists and activists were also attacked ahead of the planned march, and local media reported that a tourist was stabbed because he was allegedly wearing an earring.

In a statement, Tbilisi Pride said local authorities had "not only failed to secure safety of the queer community and our supporters, but actively hampered us from exercising the right of assembly" ahead of the planned march.

Several Western embassies in Georgia issued a joint statement condemning the attack and calling on authorities to ensure freedom of expression and assembly. "Violence is simply unacceptable and cannot be excused," the statement said.

Georgia’s hostility towards LGBT rights stems from the contradictions between the two pillars of Georgian national identity, the Church and the State.

When the United National Movement (UNM) party rose to power following the ‘Rose Revolution’ in 2003, it promised to overturn the stagnant Soviet political economy and culture by introducing widespread neoliberal reforms, government-led modernization projects and closer ties to NATO and the EU.

But UNM’s desired shift towards a Western-aligned national identity was at odds with Orthodox traditionalism. An overwhelming 87% of the population identifies as Georgian Orthodox, and the Church – which considers homosexuality immoral, inappropriate and an affront to God’s design for humanity – is trusted far more than the government.

UNM’s rise to power led to a period of polarization – along with a rise in poverty and inequality that has left the country’s most socioeconomically marginalized people, including queer people, at greater risk of exploitation and discrimination.

While the UNM was succeeded by the Georgian Dream regime in 2012, conservatism and pro-Russian accommodationism have continued.

The most recent violent outbreak is not the first to have taken place in the capital city. In May 2013, a small rally in central Tbilisi to mark International Day Against Homophobia was ambushed by thousands of angry protesters. Many of them, including Georgian Orthodox priests, violently attacked the gay rights demonstrators.

Russian millionaire and ultra-nationalist Levan Vasadze was a prominent participant in the 2013 ambush. Last month, he announced his plans to enter politics with a new movement Unity, Essence, Hope – abbreviated in Georgian as ERI, meaning “nation.”

Recently, Vasadze talked of destablization if Tbilisi Pride were to take place. “We give the government time to cancel the events, otherwise people will react to the government’s decision” and “will not allow the ‘anti-Christian and anti-Georgian’ activities,” he said. The Orthodox Church has since called on supporters to gather for a public prayer against the Pride march.