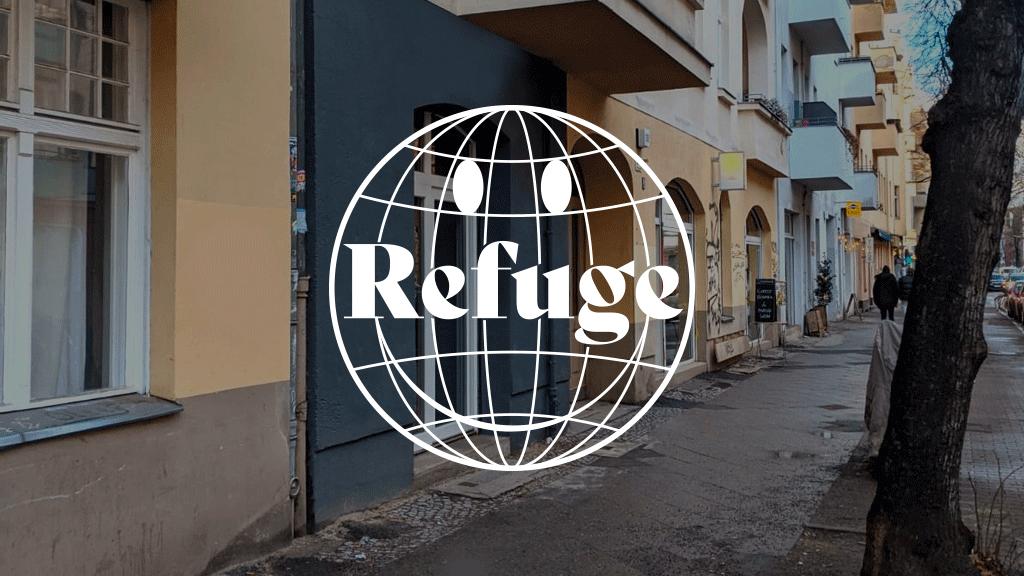 Refuge, the Berlin-based fundraising series, have launched a new community radio platform this month: Refuge Worldwide, a home for music, conversation, and a blog.

Further notable shows will come from Tom and Finn Johannsen (Paloma), Ecodisco, and a talk show from Nathan Micay, producer behind HBO’s hit series ‘Industry’. Kemoy Jemmoy will present a monthly hour for The Queer Black Therapy Fund, while Phoenix Chase-Meares and Naomi Bah's Soul Sauna Symposium, also monthly, focuses on Black and queer communities with an hour of discussion and music about political, social and economic activism.

The station kicks-off it's broadcasting across four days per week, with more shows, features and extended hours to be announced in the coming months. There is an open door policy for show pitches. Guest shows in the opening weeks include Daisy Moon, Akirahawks, Ciel, Lucy Railton, Laura BCR and Benoit B.

Refuge founder George Patrick said, “Since 2015 the Refuge collective has been working in solidarity with NGO, non-profit and grassroots groups. This year we launch a new radio station to amplify the music and issues that we care about. The new Refuge Worldwide website will not only be a community platform but it will help to connect people with grassroots organisations and improve our fundraising efforts.”

“We are really excited to present a broad range of shows ranging from 100% music-focused programmes, to some that incorporate interviews and debate, to programmes completely dedicated to discussion. The music policy is diverse, from hip-hop to house, new wave to northern soul, reggae to R&B, ambient to IDM. All of our hosts have freedom to do what they like with their shows and programme structure, with a key aim behind the platform being to allow discourse to flourish, while delivering varied and high quality music.”

Supporters can contribute to the radio station’s running costs via a Patreon page. Patrons will receive exclusive content including videos, mixes and podcasts, as well as merchandise and more.

The station will operate remotely before safely moving into a physical studio in Berlin during 2021 (COVID regulations pending).