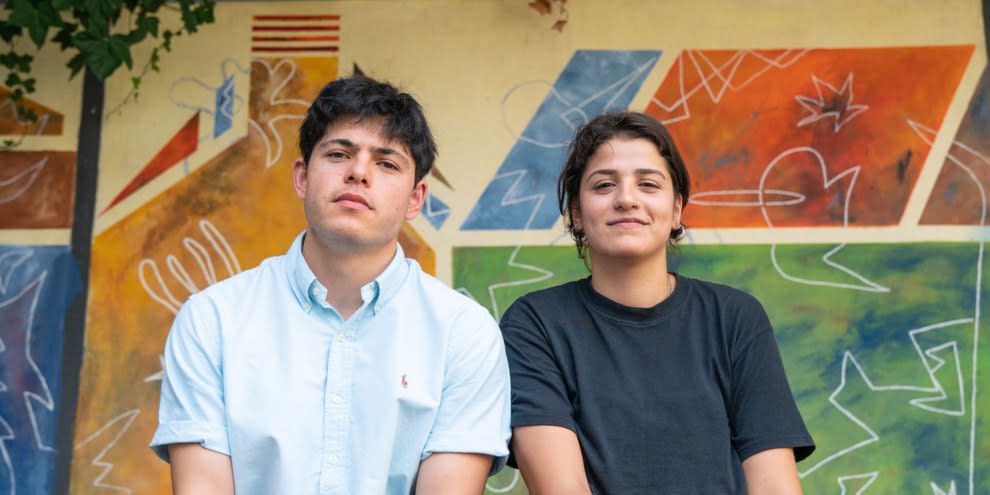 Paying the price for saving lives at sea

Why human rights activists Seán Binder and Sarah Mardini are being put on trial for helping refugees.

Along with 24 other aid workers, Binder and Mardini—who appeared on an exclusive Refuge Worldwide interview last week—were accused of espionage, forgery, and intercepting radio frequencies for aiding those fleeing war-torn countries. He spent 107 days in pre-trial detention despite there never being "a shred of evidence against us," he explains. The court trial was meant to begin this month, but was then postponed after a chaotic hearing. Speaking about the trial, he said, “I feel angry. I feel angry that the legal requirement to try and help people in distress out at sea is being criminalized right now."

"It's a trial we never wanted to see happening because these people are facing trumped-up charges, absurd charges," said Giorgos Kosmopoulos, a senior campaigner for Amnesty International. If found guilty, Binder and the other aid workers could face up to 25 years behind bars. The lead-up to the trial has been controversial and arguably unethical to those caught up in it. It has morphed into a monumental court case that seeks to smear those under trial while sending a very calculated message to other aid workers in Greece or those intending to make the journey over to provide aid. UN expert Mary Lawlor said that a "guilty verdict for migrant rights defenders could mean more deaths at sea."

The "decision to adjourn the case to be tried at a higher court only compounds the grave human rights violations in this case," Binder said. The other aid workers include 73-year-old Dutch national Pieter Wittenberg and Syrian refugee swimmer Sarah Mardini, who are both affiliated with the Emergency Response Center International (ERCI), a non-profit search-and-rescue group operating on Lesbos from 2016 to 2018. Mardini originally arrived on Lesbos as a refugee from Syria in 2015 along with her sister Yusra Mardini, now an Olympic swimmer. They were widely celebrated for their bravery and humanitarian spirit when the engine of the refugee boat they were on failed; they saved 18 fellow passengers by dragging the sinking vessel to safety.

As the climate crisis and conflicts continue to displace migrants and refugees around the world, Greece has begun taking a tougher stance on those hoping to flee and seek passage on its shores. Lesbos' judicial system wants to make an example of Binder in a bid to dismantle a new generation of aid workers joining the frontline.

Human rights groups such as Amnesty International and Human Rights Watch said the trial is intended to intimidate aid workers, calling the charges "farcical" and "politically motivated." In June, a European Parliament report called the trial "the largest case of criminalization of solidarity in Europe. There have also been calls from other groups to drop the "absurd" charges of spying and disclosing state secrets.

"I have seen babies holding onto empty water bottles in the ocean because they think it will stop them drowning. What would you do if you saw someone struggling?” asks Binder. A Greek journalist recently described the conditions of refugees on the island as 'inhuman,' with many being beaten, mugged, and even pushed back. The Binder trial marks how the country intends to hinder local efforts to accommodate displaced people, and it offers a window into Greece's newfound agenda and its way of dealing with those looking to support migrants who are risking their lives at sea.