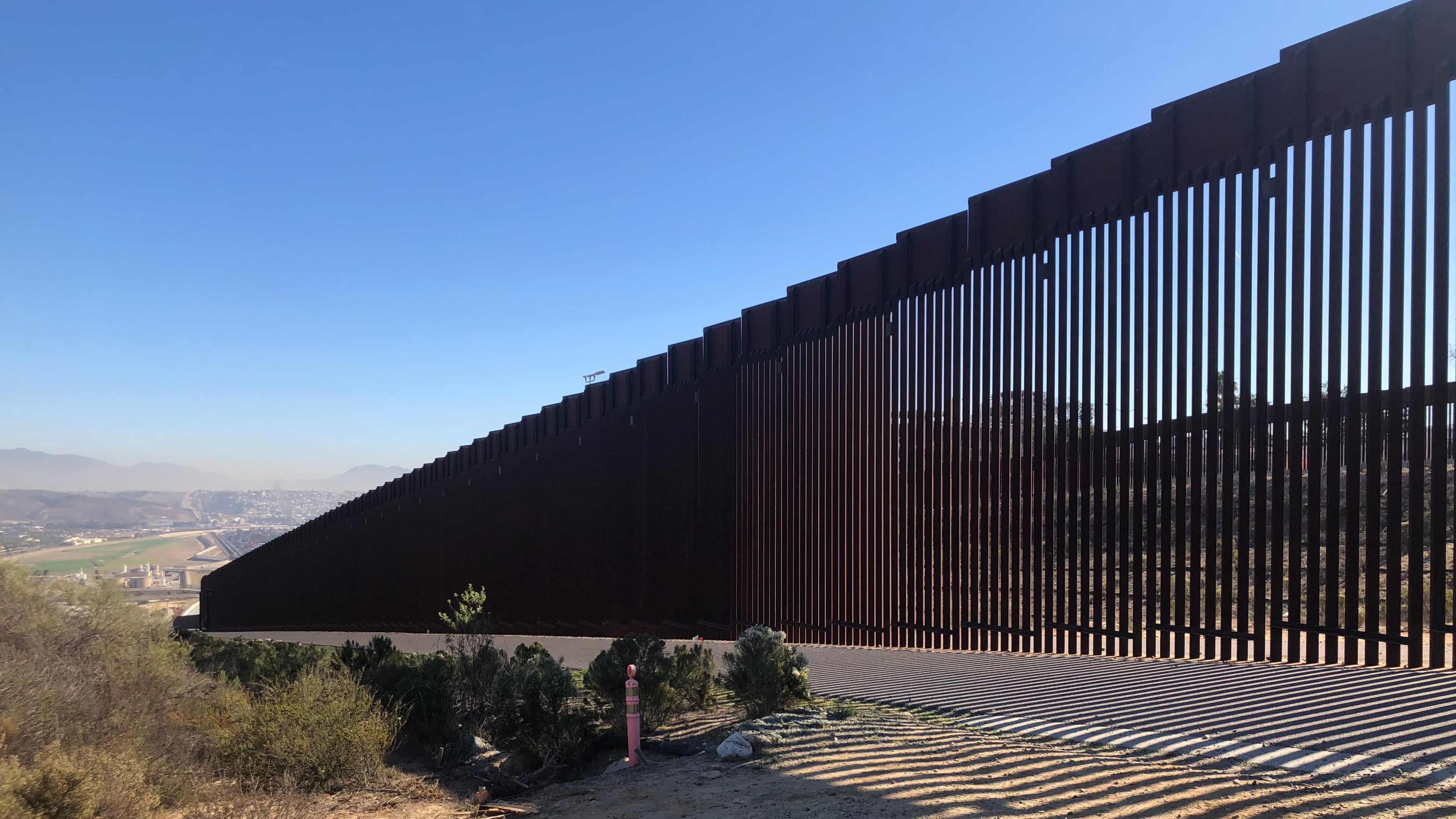 A new age of closed borders

Writer and professor Reece Jones opens up about the state of the world’s borders—and border control—during an era of unprecedented crisis.

We interviewed Guggenheim Fellow and University of Hawai'i professor Reece Jones, a vocal commentator on how many of the world’s wealthiest and most powerful nations have been subscribing to colonialist practices.

The editor-in-chief of the journal Geopolitics and the author of the books Nobody is Protected (2022), White Borders (2021), Violent Borders (2016) and Border Walls (2012), he has been at the forefront of documenting the movement of people in an age of geopolitical warfare, humanitarian crisis and climate-induced displacement.

In the wake of one of the worst crises of our time, more nations and governments have opted to close their borders, abandoning some of the world’s most vulnerable populations. Jones sheds light on the current state of affairs and the violence inherent in drawing boundaries and maintaining exclusive control over movement, people and space.

Why do you think some nations and people are obsessed with erecting borders and division?

We are often blinded by presentism—the perception that the way things are now is the way they have always been. The reality is that the sovereign state system is only a few centuries old, and in most places only came into being after the end of overt colonialism in the middle of the 20th century. The oldest political borders date to only the 17th century, and most were drawn on maps after World War II, in the 1940s through the ‘60s. Consequently, the idea of a bordered nation-state is only a brief flash in the pan in the longer sweep of human history.

I think we can interpret the obsession with erecting borders and divisions as a symptom of the weakness of the nation-state. In most places, the borders that exist on the modern political map do not represent a longstanding group of people or political configuration. Instead, they are a relatively recent attempt to claim exclusive control over the land, resources and people in that place. While some groups of people attempt to claim exclusive control over that territory, others resist it, most visibly by ignoring the idea that the state should control the movement of people in that space.

The idea of a bordered nation-state is only a brief flash in the pan in the longer sweep of human history.

What was the main conclusion of Violent Borders and would that observation shift considering the events of the past few years?

Violent Borders argued that the act of drawing a border was inherently violent. The book also linked restrictions on migrants today with past systems that protected privileges through movement restrictions, including slavery, poor laws and vagrancy laws. The increased construction of border walls and the ever more extreme demonization of migrants only reinforces the arguments of the book.

A lot has happened since the book was published in 2016: governments have changed hands, and the world has succumbed to the ravages of Covid-19. Is the world a more optimistic place or have things only begun to get worse?

Things have undoubtedly gotten worse. The EU’s reaction to a few thousand people on Poland’s border was instructive. Instead of allowing the people to cross the border, providing aid and then hearing their asylum claims, the EU instead opted for a security spectacle with water cannons, barbed wire and several unnecessary deaths. That is a worrying development that suggests more violence in the coming years.

Borders are where nationalism is most visibly expressed as the location to define who belongs based on arbitrary notions of skin color or where someone was born.

How do you anticipate the global north will react to climate-induced migration and conflicts? We saw some of the world’s wealthiest nations fall short of any meaningful outcomes at COP26.

I think you can see the last few years through two different lenses. On the one hand, they were the worst years on record for global temperatures and in the treatment of migrants at borders. On the other hand, if we consider what will happen in the next fifty years, these last few years were likely to have the coolest temperatures and the lowest number of migrants. Although things feel bad right now, if current trends continue, they look to be much worse in the coming decades.

The good news is that it does not have to be that way. Since we know that climate-induced migration is going to increase for decades to come, we have time right now to plan for it. Wealthy countries have a choice. Do they want to invest billions in walls, security forces, and surveillance that will kill thousands of people and create humanitarian crises at borders? Or do they want to invest billions in welcoming facilities to train migrants with language and jobs skills that will allow them to contribute to the economy and society? Wealthy countries around the world are all facing a shortage of young workers to replace aging populations. Allowing more migrants is the easy solution. Wealthy countries are going to spend billions on responding to immigration. Either way, the question is if that money should be spent on violence or on building a better society.

Is there an ethical way or model to look at migration and borders as we move into an increasingly unstable sociopolitical era?

My new book, White Borders: The History of Race and Immigration in the United States from Chinese Exclusion to the Border Wall, argues that racial exclusion is the driving force behind all of the country’s immigration restrictions. Although many people think it is normal for countries to restrict immigration, in the book I demonstrate that in the US’ case, the first national restrictions only came when non-white immigrants began to arrive in greater numbers. The US lacked any national immigration laws until 1875, when the Page Act passed, restricting Asian laborers and Chinese women. The Chinese exclusion act soon followed in 1882, which banned all Chinese immigration. Every revision to immigration laws since has been about protecting the white character of the country.

The true history of why the US has limited immigration is instructive in today’s debates because it clarifies why many countries are opting to spend billions on violence instead of welcoming more immigrants. Borders and immigration have never been primarily about economics. Instead, borders are where nationalism is most visibly expressed as the location to define who belongs based on arbitrary notions of skin color or where someone was born.