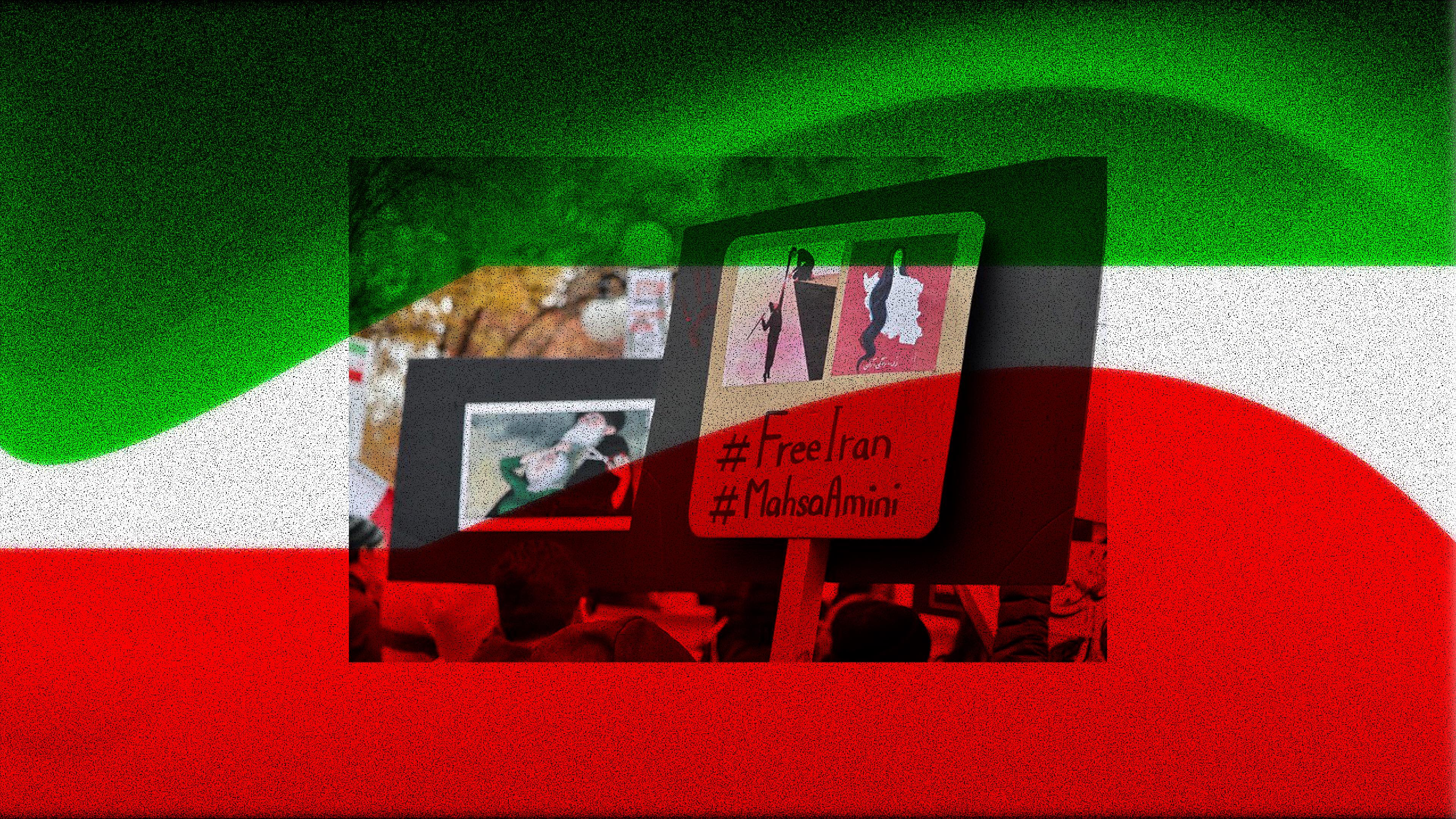 On The Ground: Iran

An interview from the front line of Iran's revolutionary movement.

"The people here have seen so much sadness in their lives. This sadness made them stronger and stronger. I am sure one day this strength will turn into a rainbow!"

On the 16th of September 2022, protests erupted all over Iran after the country’s morality police murdered 22-year-old Zhina Mahsa Amini for allegedly not properly wearing her hijab. Since then, young and old have taken to the streets daily to protest the regime under the banner of Zan, Zendegi, Azadi (woman, life, freedom).

In much of the country, internet access has been shut down. Under the Islamic regime, Iran has become one of the world’s worst countries for press freedom, so there are virtually no independent journalists present to cover the protests. That means we don’t know how bad the situation really is and rely on reports and footage shared via social media.

As of the 16th of November at least 342 people including 43 children have been killed during the protests, as reported by the Oslo-based NGO Iran Human Rights. More killings could soon follow – In an open letter signed by 227 of Iran’s 290 members of Parliament, lawmakers called for protesters to be taught a “hard lesson” and urged the judiciary to sentence protesters to death. The first official death sentence in connection to the current protests was issued on Sunday, 13 November.

Johanna Urbancik has been speaking to people across the country and abroad to get a better understanding of the protests. Below is a Q&A with someone who is currently in Iran and regularly involved in the protests. Their identity will remain anonymous for their safety.

Can you tell me a little about what’s happening in Iran at the moment? Are you still joining the protests regularly?

The protests are taking place all over Iran. Big and small cities are fighting against the Islamic Republic, and yes, it’s our regular programme to attend the protests. At first, mostly teenagers and young people were fighting. But now everyone is fighting with everything they have for freedom. People are becoming more confident and brave. We are more than before, and it’s not just a few neighbourhoods. When you leave your house you can attend protests everywhere.

The Iranian people didn’t know how to be a community. They were afraid of any community or group in the last 40 years. But now, people have decided to be united. For example, we started boycotting the dairy company Mihan, because they were helping the government with their cars. Now, the company is facing bankruptcy. We also decided to boycott the national TV programmes by not buying the products it advertises. It's a real synergy for the Iranian people.

How did you find out about the protests in the first place, and what made you join them?

In Iran, women are limited in so many ways. But on the other hand, zan (women) and children are our red line! I knew after Mahsa Amini’s death everything was different!

In earlier protests, we had great hopes for change, but the government did nothing except repress and kill. We had so many protests in recent years – protests for freedom, expression and in the south of Iran and Isfahan, for water.

Can you believe it, during the protests three years ago they killed 1500 or more protesters in three days! They cut the internet totally and massacred us! We need the voice of the people of the world to stop them!

How do you get your news?

People around the world are watching the protests and especially the women with such awe. You’re all so incredibly brave. How would you describe the unity amongst the protesters?

We all have one goal: Freedom! When you walk into the city, you can see girls and women everywhere without a hijab – even in front of the police! Mothers and little girls aren’t wearing a hijab when returning from school. I don’t know how to explain it, but that’s so dangerous!

But they fight! Our students and university students are still protesting every day, even when the police arrest them. They don’t stop and the number of universities that are now attending the protest is uncountable. They arrest students – some are only 15 years old. But we keep going. We encourage everyone to participate and not be afraid!

So many people aren’t wearing a hijab, it’s so beautiful. We protest on predetermined nights. The walls of the city are full of slogans. You know, we have become much kinder and more empathetic than before. We were always angry and upset, but now something has changed. Of course, we are afraid that the government will arrest us or kill somebody, but we are braver and more hopeful.

The protests have become more intense. Now it's a political war between the people and the government. We want to weaken the government by any means to minimize the killings. It takes time to involve passive people and global organisations. Iranians who live abroad are fighting, too. We are all trying to be free.

How has the police presence changed?

These protests are comprehensive. Cities all over Iran are fighting, which means the government has to spread their forces. They are very tired and have increased violence and arrests.

The force is reduced, so the government tries to rouse the feelings of religious people and encourage them to join military armies, for example, the Basij. [A paramilitary volunteer militia established in Iran in 1979 by order of Ayatollah Khomeini, leader of the Iranian Revolution.]

They have also brought some soldiers from Iraq, the Hashd al-Sha’bi, who are being trained by the Iranian government.

Actually, I’m afraid every day and at every moment.

But when I think about a free Iran and the people and children who were killed because of freedom, I gather my courage. If I get arrested, it’s nothing compared to those who lose or lost their lives.

Would you call this a revolution?

Of course! We have no other choice: We want to take back our country!

(L-R: Protests in Ottawa, Canada; Protester holding a sign that reads: "Mr Officer, did you know that as children we used to sing with love before sleep, 'when we sleep, the police are awake'", Iran; Protests in Berlin)

What about the older people in your life, are they worried about you protesting?

Yes, some are worried about that. But others tell me these are my rights and that I should fight for them.

What do you want to say to the people outside of Iran?

You know, the Mullahs wanted to separate all of us to save themselves. But now, we are one! We fight to win. I believe it’s a practice for the future, to be a united Iran and rebuild our country.

Iran is a big country with a rich culture and a long history. We have lots of natural resources and oil, but we have no prosperity.

They kill us, rape women in jail, arrest and torture protesters, artists, writers and so many more. They steal our financial resources for themselves and their families. They live in the best conditions and with the best facilities in other countries. You can’t believe it, but some people have committed suicide because they have no money to continue to live. Now I’m crying. This isn’t right!

Is there any way we can support you?

Please, be our voice! Push your governments to expel the diplomats of the Islamic Regime [in your country]. They are holding over 80 million people hostage. They have guns and can kill us, but if you are our voice, they can't do it so easily.

Be our voice! Push and force your governments and the international community to condemn the Iranian government, and weaken it even more. The regime is like an octopus whose hands must get cut off one by one – and it has many hands outside of Iran, too!

Please, be our voice! We need your help.

If you want to keep updated with the protest movement in Iran, you can follow the accounts of two German presenters who have given their accounts to two Iranian activists. Their handles are @officiallyjoko (taken over by @azamjangravi) and @damitdasklaas (taken over by @sarahrmni).

Listen back to previous On The Ground interviews on Refuge Worldwide and follow @johannaurbancik to keep up date with upcoming interviews.