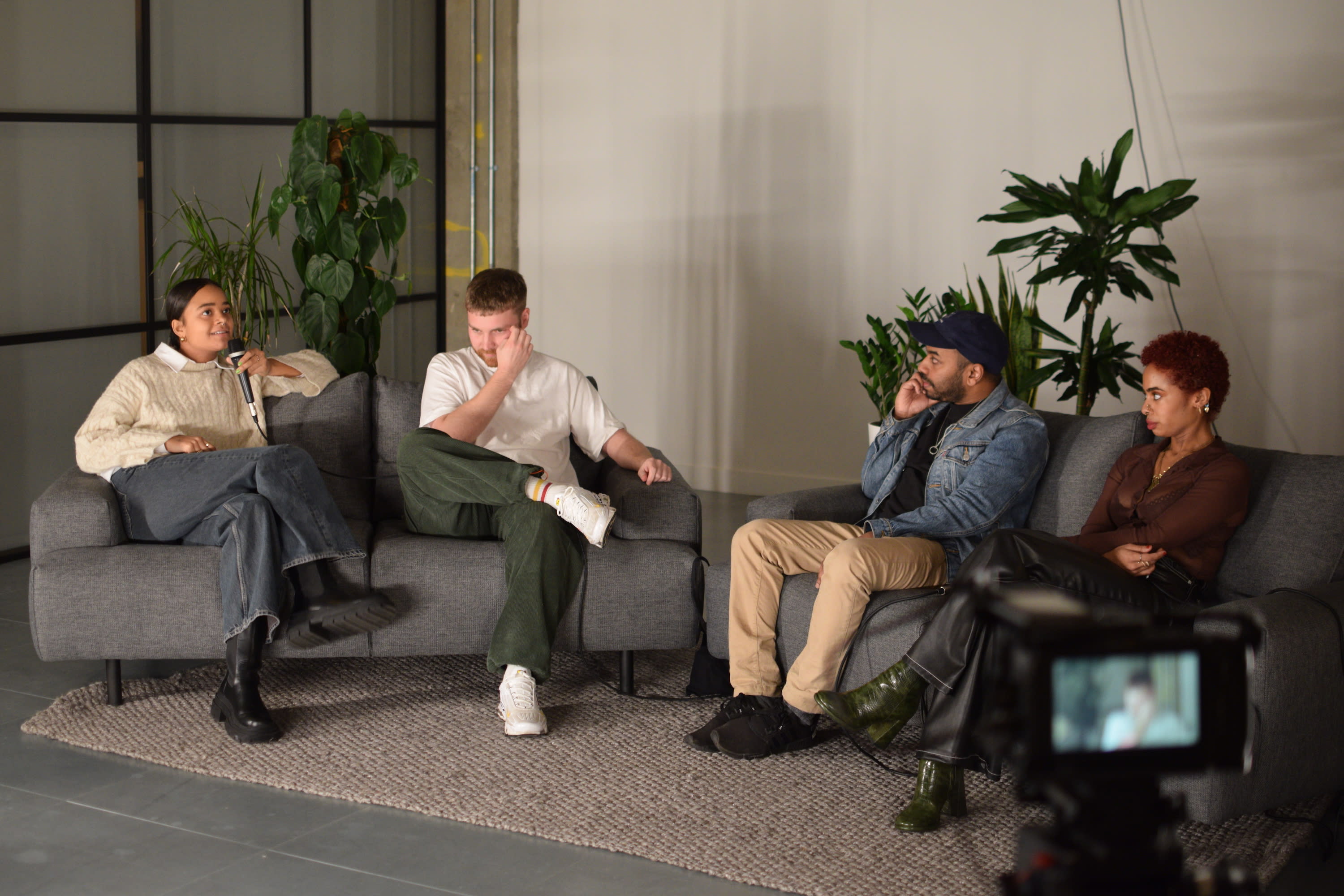 Identification of Music: an International Community of Music Lovers

Since 2015, IOM has been a rapidly growing community-driven music discovery service whose roughly 110,000 ardent music lovers help each other to identify cryptic tracks.

The passion and care of the community make apps such as Shazam appear like a cold technological exchange. While creating an inclusive community that embraces a range of music tastes, the behavioural guidelines of the group are tightly monitored–IOM moderators decline thousands of members who disrespect the pages’ rules.

Looking into the future, CEO Robbie Murch plans to extend the reach of IOM and its partner agency Bump, fostering meaningful discussions on how cultural work is compensated. He spoke to Refuge Worldwide about the project.

Could you tell me about your background in the music industry, how IOM started and how the project has developed over the years?

I was studying Chinese at Peking University in Beijing whilst promoting parties, DJing, and working for an electronic music festival and record label called ARP (Acupuncture Records). ARP was asked to produce the first Boiler Room shows, and I was asked to present at Boiler Room in Mandarin and English. It was there that I met the founder of IOM, Daniel Rothwell, who invited me to become an admin. The existing team weren’t big fans of the group anymore, so I was handed the keys to the group as lead admin.

From there, I got a whole new team and set about trying to address the core problems of the group and build it into something new. Diversity was one of the main issues, as was moderation. After a while, I entered IOM into the International Music Summit Visionaries Competition, and we won. Through another brilliant member, Rupert King, I met a producer called Robin Millar–he produced Sade’s Diamond Life album, and has managed some of the Belleville Three & Luciano. He’s got a really cool career, and he was kind of my patron. Through his support, I was able to explore loads of different avenues to make IOM a sustainable community.

We now have 10 part-time and 2 full-time workers. All of those young people have come via a Covid-related UK government grant called the Kickstart Scheme, which helps get 18 to 24-year-olds who are at risk of long-term unemployment into work. A big part of our ethos is spotting young talent, believing in them and giving them lots of responsibility.

With that team, we managed to build an editorial model on our website, build out socials and start an agency. The future focus is on taking what we have on Facebook to other platforms. Facebook has a lot of problems: data, its founder, the way it’s treated its staff, and the lack of payment for its communities.

There are a few things we’ve got going on at the moment. One is a series called IOM Recommends, where people can post in the group, 'Hi I’m in Berlin (or Prague, Budapest etc.) for the weekend, looking for recommendations for clubs, restaurants, record stores, etc.' That’s going to be on Discord. We are also releasing IOM Academy, which will provide young individuals with the opportunity to explore creative concepts. Just like I was supported by Robin with a grant, I’m now in a position where I’d like to provide young people with grants to explore what they’d like to do.

The community aspect is the core of what we do. So all our decisions, business direction, music direction, everything is still curated by our communities.

The IOM Facebook community now has 110.9K members. Was the nature of its growth rapid, or did it stem from a handful of dedicated members who slowly spread the word?

It started off with a bunch of core, passionate music fans who were nerds for the scene, and who loved exploring, identifying and discovering new tracks, and just sharing their knowledge. They respect people who are able to wield a lot of knowledge. We’ve been using the term ‘esoteric’ a lot recently: people who are specifically interested in a niche area of knowledge and who want to explore that with a group of people. That’s what people aspire to and why they join the group. Because they want to expand their musical Rolodex.

We’ve always been quite inclusive in terms of music taste. I didn't want to kick people out because they had a certain kind of music taste. The downside is that some people may think we’re ‘mainstream’ or not as underground. But we hope to be an important platform for young people to discover new sounds.

We've capped the Facebook group at about 100-110k for the past 3 years because it’s not about quantity. At one point we were declining by 10k people monthly. A lot of the world is looking at numbers but it’s more about engagement and trying to have those 1,000 true fans rather than 1 million members and no fans. We’re really trying to find our superfans and build a community from that point upwards.

We also ask members to follow our socials because we want them to be invested in us apart from the core function. Sometimes running a community can feel like people just come and take, with no exchange. We don’t judge, and all our events and content are free. The only thing we ask for is that people try to get involved in the discussion. We want to meet our members because we know they’ve got cool projects, or they’re artists. We’re fundamentally interested in underground communities.

What does the community aspect of exchanging ideas allow that a product like Shazam, which relies so heavily on technology, can’t offer?

At the core of what we do is sharing knowledge. We try to do that in an unbiased way. The future of where we’re going, and how we sustain ourselves, is through research projects with the creative music community.

Whereas Shazam is a product that has an advertising model, our product is recognising the core value we have, which is knowledge. We want to respect our members by offering to pay them to share their knowledge. The goal is to support the future of grassroots creative communities. At the moment it’s music, but we’re trying to expand into other forms of creativity that we’re interested in, like technology and fashion.

So through our agency, Bump, we hold panel talks, focus groups, and we do custom research projects. For example, we held a panel talk (pictured above) with IOM & Pirate on the position of electronic music, specifically exploring the interaction between live streams/online music communities and IRL (in real life) music scenes that are built on people going to gigs and physical interaction. We create music strategies by crowdsourcing. We identify knowledgeable members from across the globe and produce reports with them and pay them for their time.

With democratic platforms, there are always individuals who abuse community guidelines. How do IOM admins monitor the group, or does it trust its more loyal community members to shut down such behaviour?

We’ve always had a team of admins and moderators who are amazing. However, it’s hard because it’s a volunteer job and you're policing the internet, which is open to everyone. When we have 75,000 posts a year, you can’t keep on top of everything, but you can try. We’ve had periods of being really good at it and periods of being less good. At the moment, it’s slipped a bit. We’re a little fed up with what Facebook has to offer.

We ban on sight if people are discriminatory in any way towards someone else. We put an explainer in the comments if that’s the case. Or we ban and keep the comment, so we show the community that we’ve banned them–otherwise, you’re fighting in silence. It’s tough for any community, but having a group of key global diverse moderators helps.

A call to action–if anyone is a creator, they should enter their details onto the Bump website. We can hopefully find them work or get them involved in our projects. If they're interested in joining our community, we can pull you into our Reddit and Discord. We're always looking for conversations with inspiring young creatives and community members who want to chat. Also, check out the IOM website.