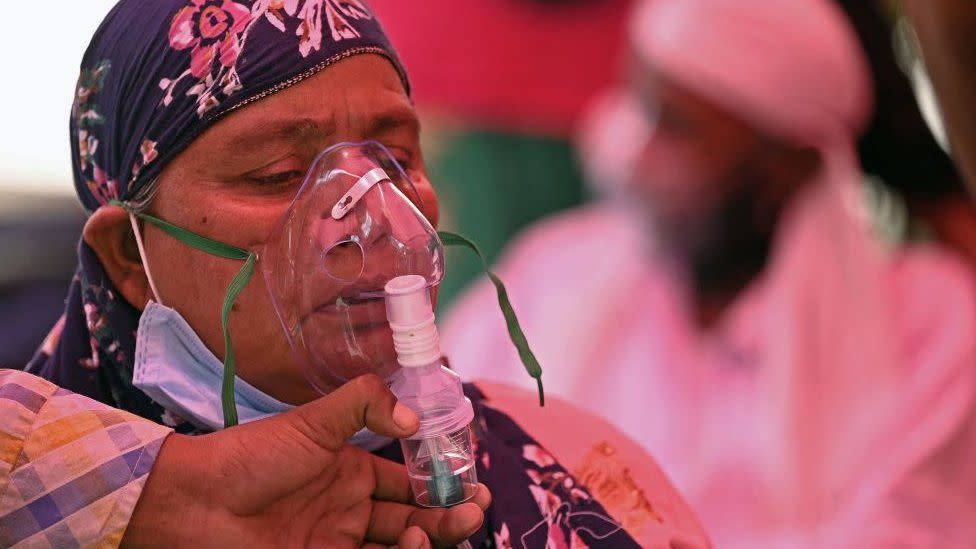 Understanding the crisis and how to help

Organizations and nonprofits worldwide are urging people to take action as India struggles to contain a surge in COVID-19 infections and deaths.

Hospitals nationwide are overwhelmed, lacking medical supplies to treat their patients, while many die before even seeing a doctor. In the last few weeks, the capital, Delhi, has been hit especially hard, with 448 deaths on Monday alone—a record toll. Local officials have reported that the city’s care facilities have run out of oxygen supplies for their patients. Delhi hospitals have taken to social media to secure supplies, while morgues and crematoriums have had trouble keeping up body counts.

Official reports show the infection rates in India declining since the start of May, but many believe that infections and deaths have gone underreported. India accounts for 1 in 3 new cases reported worldwide, and a lack of testing could mean that the ratio is even higher. Up to 400,000 new cases were being reported daily at the end of April. Even though the official number has since gone down, epidemiologists warn that the figure could rise to 500,000 a day by August.

Furthermore, the country’s vaccination rollout is off to a slow start. Despite being the world’s biggest vaccine producer, only 10 percent of India’s 1.4 billion people have received a dose. A shortage of supplies means that the situation is unlikely to improve for months, experts warn.

Activists are pointing out the systemic factors that have led to this situation. In April, the World Health Organization (WHO) reported that 87 percent of the world’s vaccine supply had gone to higher-income countries, while lower-income countries received only 0.2 percent. In prime minister Narendra Modi’s constituency of Varanasi, citizens have criticized him for lack of action and for holding mass political rallies as the pandemic ravages his country.

“There are four fundamental issues that caused this crisis,” The Slow Factory Foundation wrote on their Instagram page. “The colonial prioritization of the Global North, the systemic miseducation of marginal communities, the intersecting forces of patriarchal individualism and non-accountability, and the capitalist valuing of profit over human life.”

There are several ways to help: