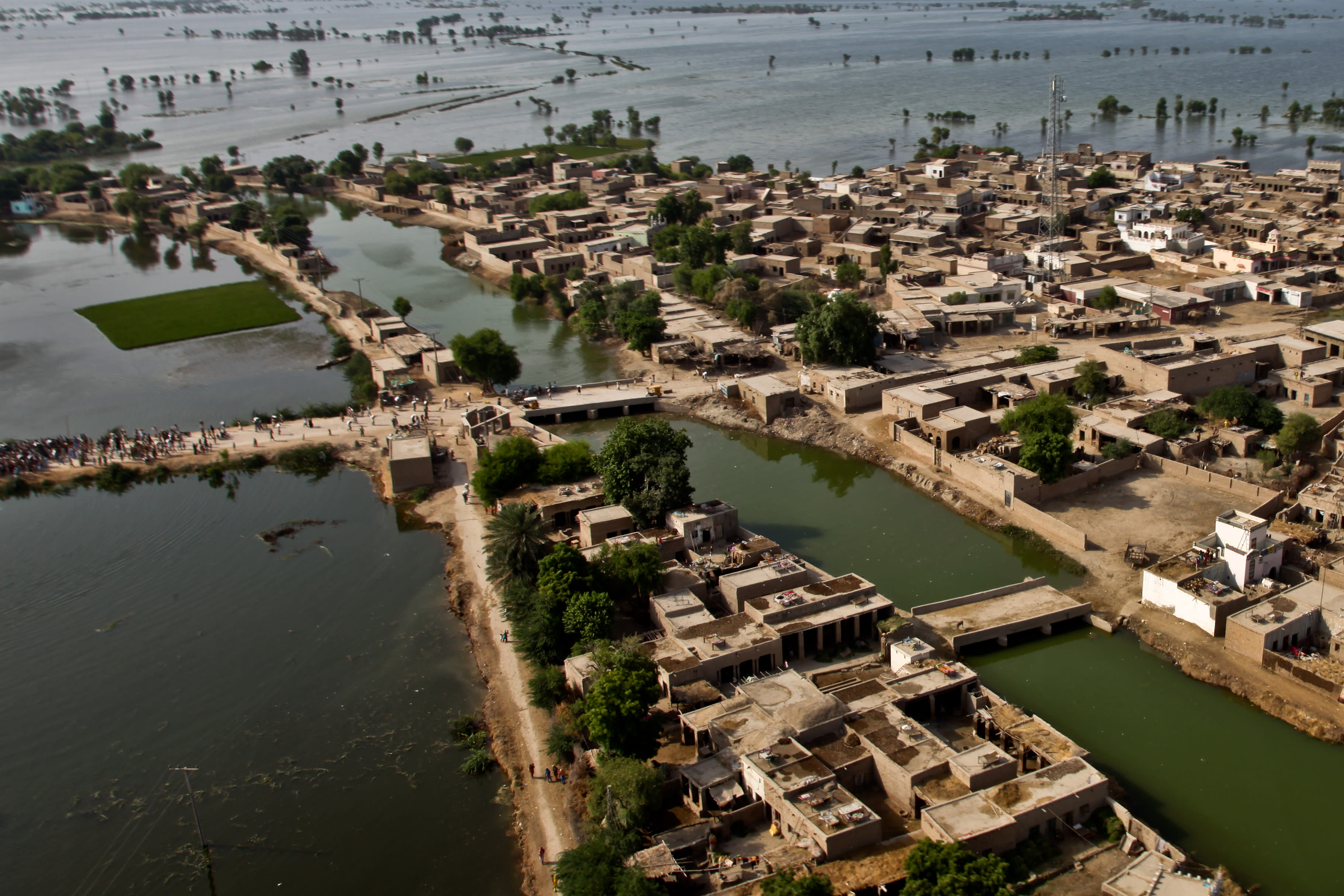 The death toll following widespread flooding in Pakistan has surpassed 1,000 people in what has been described as a “climate dystopia.” The flash floods, which started in June and have intensified over the last few days, have swept away villages, people, livestock and crops across the country's four provinces. Pakistan is appealing for aid as hunger and displacement for millions loom. It’s worth mentioning that Pakistan and its people contribute less than 1% to global carbon emissions.

Germany has deported almost 6,200 foreigners between January and June 2022, including to other EU member states where they first entered the bloc and applied for asylum. Die Linke politician Clara Bünger sharply criticised the practice of so-called 'mini charter flights', with no more than four deportees on board. According to infomigrants.net, the costs of these chartered flights reportedly amounted to over €100,000 per flight for one or two deportees.

All eyes are on Chile as Chileans are set to vote next Sunday on the country’s new draft constitution, which would enshrine many of the priorities of the social movements led by the younger generations: Gender equality, environmental protections, Indigenous rights, and guaranteed access to education. The constitution is one of the first in the world to be drafted in the context of a climate crisis and to be written by a convention with gender parity.

Every year, the Human Rights Film Festival Berlin presents about 40 outstanding international documentaries. The HRFFB team are looking for volunteers to support them during and before the festival. Check out their homepage for more details.

Demoticker Berlin is a Telegram channel announcing upcoming demos in Berlin. The channel gives descriptions of demos, their locations and provides advice and real time updates for attendees. Important information about transport links, blockages and summaries of events are also often provided. An auto-translated English version of the channel is also available.

Notting Hill Carnival is back

After a two year hiatus, Notting Hill Carnival has burst back onto the streets of London as Europe’s biggest street festival returns. The three day festival celebrating the music, food and culture of the Caribbean diaspora draws to a close today after a weekend of revelry. The carnival has historically been a way to bring local POC communities together in West London and began as a children's street fair in the mid 60s following the death of Kelso Cochrane from a racially motivated attack.

Expedition Grundeinkommen, the organisation pushing for the trial of a universal basic income, is still looking for signatures for their petition. The organisation is proposing a trial that will consist of 3,500 participants, half of whom will be given €1,200 every month for three years to test how people’s lifestyles and mental wellbeing change. In order to get to referendum level they need 240,000 signatures by the 5th September. You can find the petition at our studio on Weserstr. 166 now.