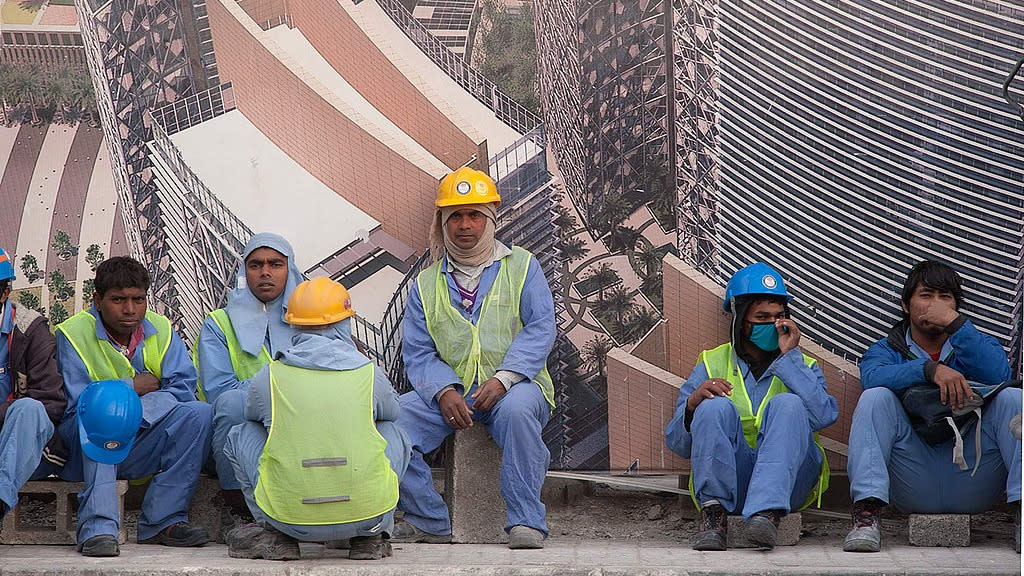 Our 100th weekly roundup of stories you may have missed.

Despite a series of misleading statements from FIFA, there is still no plan to compensate migrant workers or their families in the aftermath of this year's World Cup in Qatar. A newly announced ‘Legacy Fund’ offers no compensation to workers who faced injuries, death, and wage theft in the run-up to the competition, despite the demands of NGOs like Human Rights Watch.

Reports suggest that over 6500 migrant workers have died in Qatar since the country won the right to host the competition.

Protests erupted across Greece last week after a 16-year-old Roma boy was pursued and shot by police in Thessaloniki for failing to pay a €20 bill at a petrol station. The boy remains at hospital in critical condition. Far from an isolated incident, police violence against Greece’s Roma minority has been a regular occurrence for years.

Protesters have blamed the country’s centre-right ruling government for failing to respond to the longstanding pattern of racist police brutality. The main left-wing opposition party have called on the government to take action against the “climate of fear created by extreme police brutality."

Iranian authorities have executed two men, Mohsen Shekari and Majidreza Rahnavard, who were both arrested during Iran’s ongoing anti-regime uprising. The revolutionary movement shows little sign of slowing despite the use of extreme and deadly violence by Iranian authorities. At least 458 people have been killed during the protests by security forces, and at least 11 protesters have been sentenced to death, according to Iran Human Rights.

Widespread protests in Peru against the arrest of former president Pedro Castillo have continued over the weekend, killing at least two people and injuring four. Peru has had six presidents in the last four years. Castillo, who was only the second leftist leader of Peru in modern history, was arrested following plans to dissolve the country’s right-wing Congress, which has historically been at odds with elected leaders and had already attempted to impeach him twice.

The country's interim president Dina Boluarte has announced she will call for early elections, in an attempt to calm the political situation.

Al Jazeera has formally requested that the International Criminal Court (ICC) investigate the killing of Palestinian-American journalist Shireen Abu Akleh, who was shot in May by Israeli forces in Jenin in the West Bank. As well as examining the murder of Abu Akleh, which has been called a potential war crime by the UN, the ICC has been asked to investigate a wider pattern of Israeli violence against journalists and press outlets in Palestine.

Next Monday we are hosting a four-hour DJ workshop led by London-based DJ Fairooz (aka NaN) for complete beginners. All you need to bring is a USB with 3-4 of your favourite tracks. Sign up here.