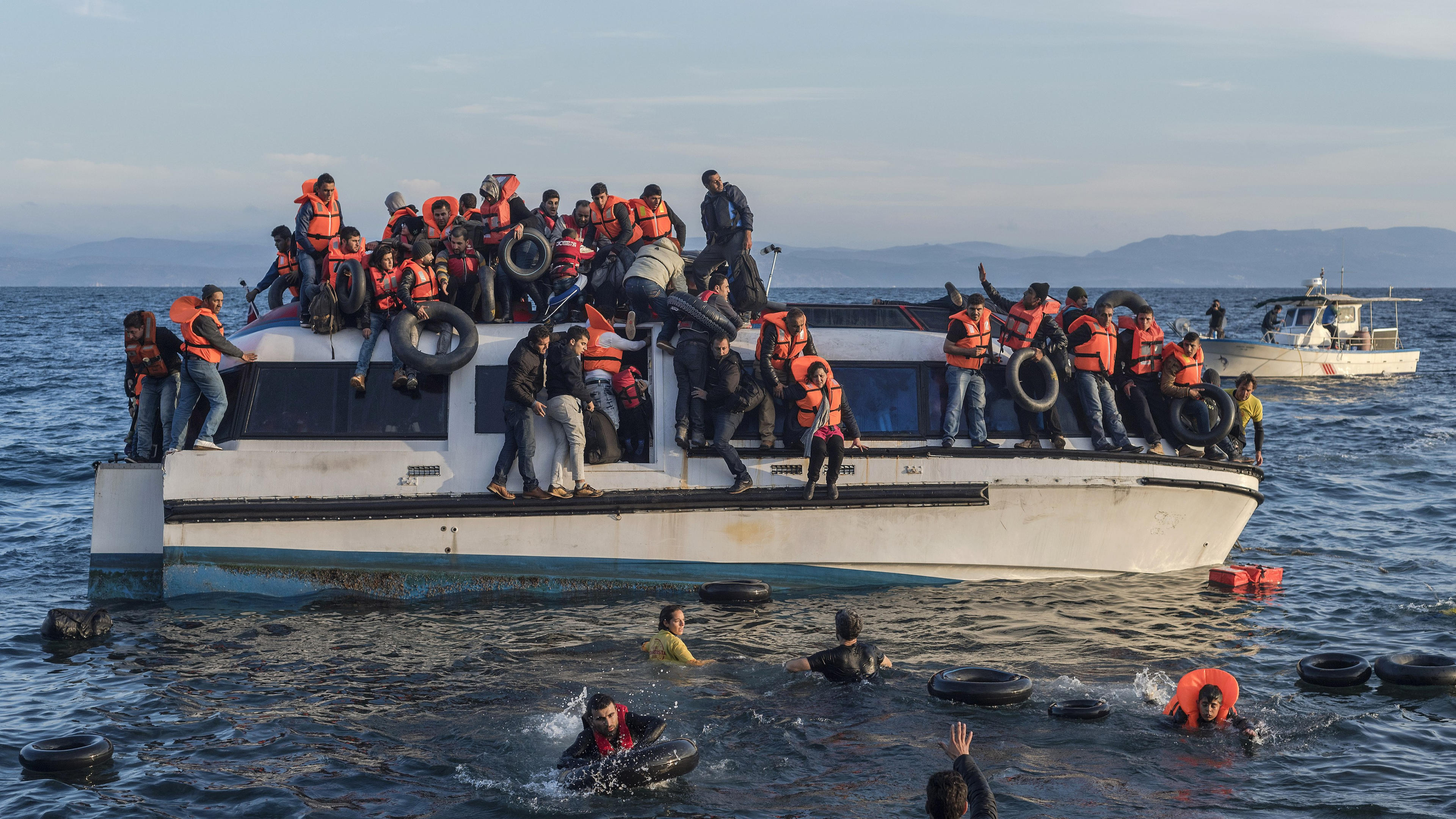 Italy’s far-right government have introduced a new decree that will limit the capacity of humanitarian organisations to carry out search-and-rescue missions in the Mediterranean. Rescue ships looking to disembark in Italy could face fines, ship seizures and further criminalisation for breaching the new code of conduct. Head to Infomigrants to hear from three NGOs about how the new law could make one of the world’s deadliest migration routes even more dangerous.

The fight to save Lützerath

Protests continue in the German village of Lützerath, which is set to be razed to the ground for the expansion of the Garzweiler lignite mine. Lignite is one of the dirtiest forms of coal and the battle for Lützerath has become a national symbol of the struggle to balance the country’s energy needs with its climate ambitions. Follow the campaign Luetzi Bleibt and Lützerath-Vernetzung Berlin/Brandenburg to keep up to date and find out ways to support.

The re-run of Berlin’s 2021 elections is set to take place on 12 February. If you are able to vote make sure you have submitted your electronic application by 18:00 on 10 February. Berlin’s constitutional court recently declared the results of the 2021 election invalid due to “serious systemic flaws”, meaning that the standard for democratic elections was not met. Find out more info on how you can apply for a postal ballot here.

The Armenian region of Artsakh has been under blockade by Azerbaijan since 12 December, cutting off 120,000 people from the outside world and stopping the flow of food, medicine and supplies into the region. The blockade is the latest development in a pattern of aggression by Azerbaijan, which receives backing from Türkiye, against the Armenian population in Artsakh, in violation of the ceasefire agreement that has been in place since 2020. Check out Bridging The Borders to find out more.

Thousands of supporters of former far-right president Jair Bolsonaro stormed the National Congress, Presidential Palace, and Supreme Court in Brasilia on Sunday. Hardcore supporters have refused to accept the populist’s election loss and are calling for a military coup to overthrow president Luiz Inácio Lula da Silva. The newly elected Lula, who has vowed to fight inequality and deforestation, called those involved “vandals, neo-fascists and fanatics“ and has blamed Bolsonaro for the violence.

Following attacks on police and emergency workers on New Year’s Eve in Berlin, discussion of a potential fireworks ban has quickly been transformed into a racist debate on migration, with the SDP’s Nancy Faeser tweeting about the need to be tough on “people who refuse to integrate”. Hakan Demir, MP for Berlin-Neukölln, accused conservatives of using the events to blame Germany’s ills on people with migration backgrounds and called the debate “not good, but unfortunately typical”.

The controversial trial of Seán Binder, Sarah Mardini and Nassos Karakitsos for search-and-rescue activities on the island of Lesvos is set to begin on 10 January. The humanitarians face charges of espionage and human smuggling for fulfilling their legal and moral obligation to help those in distress at sea. Follow the Free Humanitarians campaign and donate to help fund their legal defence.

The Biden administration has revived punitive Trump-era border enforcement with a new policy that will block Cubans, Haitians and Nicaraguans from accessing asylum in the US. The regressive new policy is also in violation of international refugee law and human rights law that prohibits discrimination in accessing asylum. Head to Human Rights Watch to find out more.