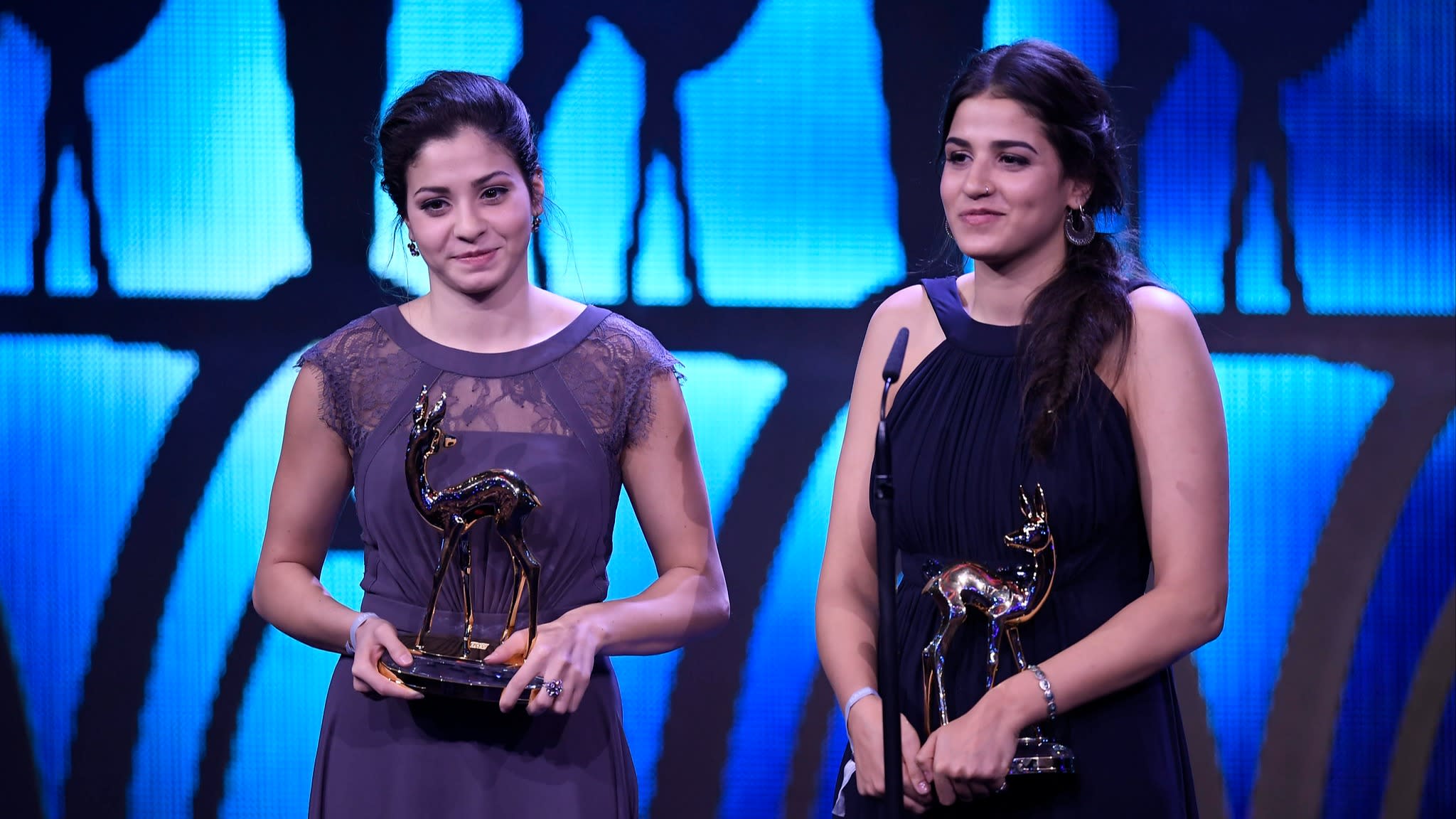 The Swimmers, a biographical drama based on the story of sisters Yusra and Sara Mardini, is now available to stream. The movie follows teenage Olympian refugee Yusra Mardini and her Sister Sara, who swam alongside a sinking dinghy to help it safely across the Aegean Sea during their escape from Syria. Sara, who is currently facing charges for her search-and-rescue work in Lesbos, gave an interview with us last year which you can find here.

On International Human Rights Day (Saturday, 10 December) Woman Life Freedom Collective, Feminista, #leavenoonebehind and other groups have organised a demonstration in Berlin to protest the violent and oppressive regime of the Islamic Republic in Iran. The demo starts at 13:00 and sets off from the Brandenburg Gate towards Pariser Platz at 15:00.

Christine McVie, the British singer-songwriter and Fleetwood Mac member, passed away last week. McVie was behind hits such as Little Lies, Everywhere, and Say You Love Me. In 1998, she was one of eight band members inducted into the Rock’n’Roll Hall of Fame. A statement by the family said that McVie died peacefully in a hospital, and asked people “to keep Christine in their hearts and remember the life of an incredible human being”.

An investigation by Lighthouse Reports has revealed that a pledge by the UK government to launch a resettlement programme, which would evacuate over 5000 at-risk people from Afghanistan, did not relocate a single person in the year following the fall of Kabul. Many thousands of people, specifically those who had worked for or were affiliated with the UK government, have been left behind, often facing torture and death due to their previous public standing against the Taliban.

More than 50 far-right demonstrators gathered outside a church in Columbus, Ohio to shut down a Drag Queen Story Hour event on Saturday. The protesters, many of whom were armed, included members of the white-nationalist Proud Boys and other militant groups. In the wake of last month’s mass shooting in Colorado, the presence of armed protesters in Columbus is another disturbing development in the campaign by America’s far-right, as well as the Republican Party, to target the queer community.

Radio AlHara have launched a crowdfunding campaign for Palestinian sound artist, composer and leading figure in Palestine’s experimental music scene Dirar Kalash, who was hospitalised last week after an accident in Berlin. Donate now to support Kalash with medical bills and living expenses while he is in recovery, and catch up on his four-part ‘Ether Ground’ series here.

Join us on Monday, 12 December for an interactive musical workshop with Playtronica, where participants will use a MIDI controller to conduct and trigger sounds with different fruits and seasonal veggies. No preexisting musical knowledge is required. Sign up here.

In this feature for Refuge Worldwide, Tiffany Lai speaks to Majazz Project, Shasha Movies and Hopscotch Reading Room about alternative archives and how they can challenge mainstream colonial narratives. Previously published in our Regenerate Zine, you can read the full piece now on our website.