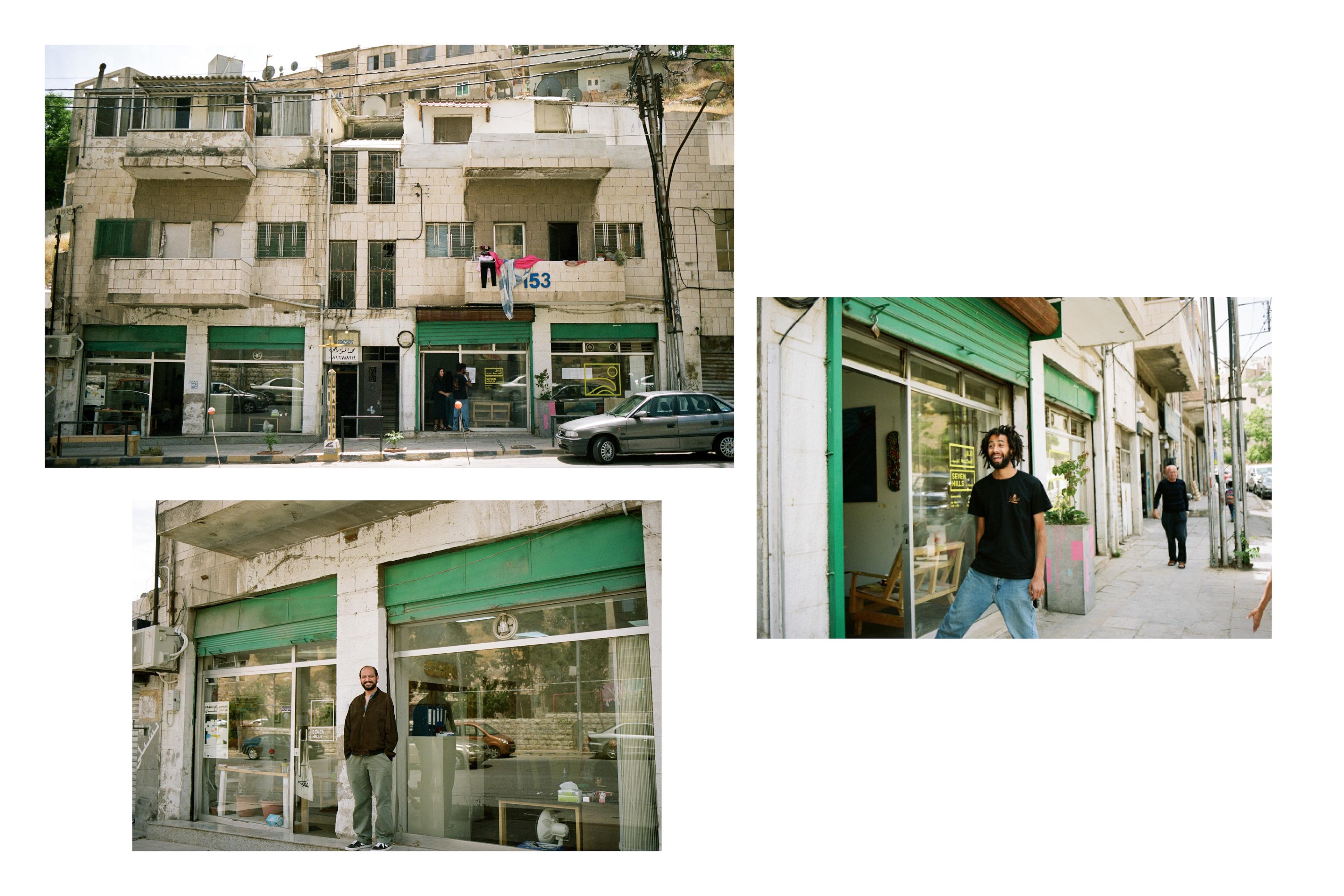 Behind the Scenes: Aswat Al Raseef

A look back at our project in Amman.

This May we were in Jordan working with Zaatari Radio and Al Raseef 153, a maker space and community hub located at the 7Hills skatepark in downtown Amman.

On Saturday the collaborative project 'Aswat Al Raseef' (Sounds of the Sidewalk) draws to a close. Over the course of four weeks of workshops, film screenings and public talks, participants have been learning how to record and produce their own radio shows, which are being broadcast on 4th June, live from the pop-up radio studio at Al Raseef 153.

Taken during the first weeks of May, these photos document the early stages of the project, the team behind the scenes, the first few workshops and provide a snapshot of life in and around the city.

Aswat Al Raseef participants meet for the first time at the opening workshop with musician and filmmaker Nour, who showed clips from her upcoming documentary and led a session on interview techniques, before giving participants space to record their own conversations.

Nour photographs interviewee Fatima Hazem and her family at Prince Hassan Refugee Camp in East Amman. For her upcoming documentary project, Nour is travelling to refugee settlements around Jordan to collect interviews with Palestineans displaced by the 1948 Nakba.

Workshop hosts Nour, left, and Odai Masri. Founder of Exist Festival Palestine, Odai led a workshop on pop-up radio and production techniques and helped the students to produce and finalise their radio shows during the last few weeks of the programme.

Skaters and rollerbladers at the 7Hills Skatepark, a vital community space for many young people in downtown Amman.

Young people from Jerash camp to the north of Amman attend a skateboarding workshop led by the 7Hills team. Jerash camp is known locally as Gaza camp, and was set up in 1968 for Palestinean refugees from Gaza who fled the 1967 Arab-Israeli war.

Aswat Al Raseef participants during a workshop. As well as classes for small groups, the programme featured public talks and open discussions on topics like youth culture, art and public space in urban environments.

Tune in on Saturday via 7Hills Skatepark to hear a live pop-up radio broadcast from the Aswat Al Raseef studio.

Thanks to all who made Aswat Al Raseef happen–participants, mentors, 7Hills Skatepark, Zaatari Radio, Al Raseef 153 and to Solidrinks for their support.