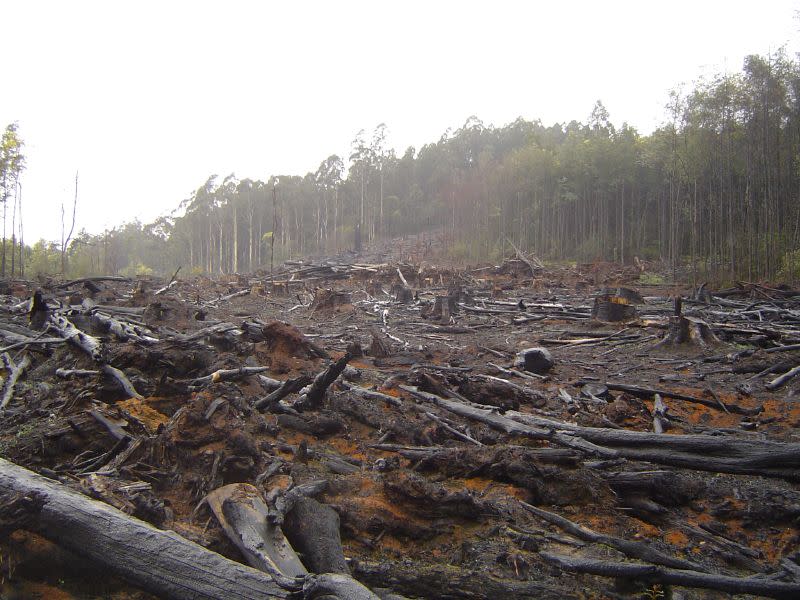 Environmental destruction could be prosecuted in the same way as war crimes and genocide if the draft law is passed.

The adoption of a new draft law would make many corporate executives and political leaders criminally liable for environmental destruction.

The development comes on the heels of a congregation of international legal experts, who have drawn up a definition of “ecocide” with the goal of combating climate change and the destruction of ecosystems. According to the draft law, ecocide refers to “unlawful or wanton acts committed with knowledge that there is a substantial likelihood of severe and either widespread or long-term damage to the environment being caused by those acts.” If the International Criminal Court adopts the proposal, ecocide would become the fifth offense the court prosecutes, along with war crimes, crimes against humanity, genocide and the crime of aggression.

“The four other crimes all focus exclusively on the wellbeing of human beings,” professor Philippe Sands, co-chair of the panel, told The Guardian. “This one of course does that but it introduces a new non-anthropocentric approach, namely putting the environment at the heart of international law, and so that is original and innovative.” He mentioned nuclear accidents, major oil spills, Amazon deforestation, as well as incidents of a smaller scope, such as the killing of endangered animals, as examples of ecocide.

Dior Fall Sow, a UN jurist and the panels other co-chair, said the definition helps to emphasize that the security of the planet must be guaranteed on an international scale. “The environment is threatened worldwide by the very serious and persistent damage caused to it, which endangers the lives of the people who live in it,” she said.

The term “ecocide” was coined by bioethicist Arthur Galston in the 1970s and the issue was raised by the late Swedish prime minister Olof Palme at the 1972 UN environmental conference in Stockholm. The cause’s greatest champion, Polly Higgins, a British barrister who led the Stop Ecocide International campaign for decades, passed away in 2019. Several small island nations, like Vanuatu and the Maldives, have called for ecocide to be made an international crime and French president Emmanuel Macron and Pope Francis have been high profile supporters of such ideas in recent years.