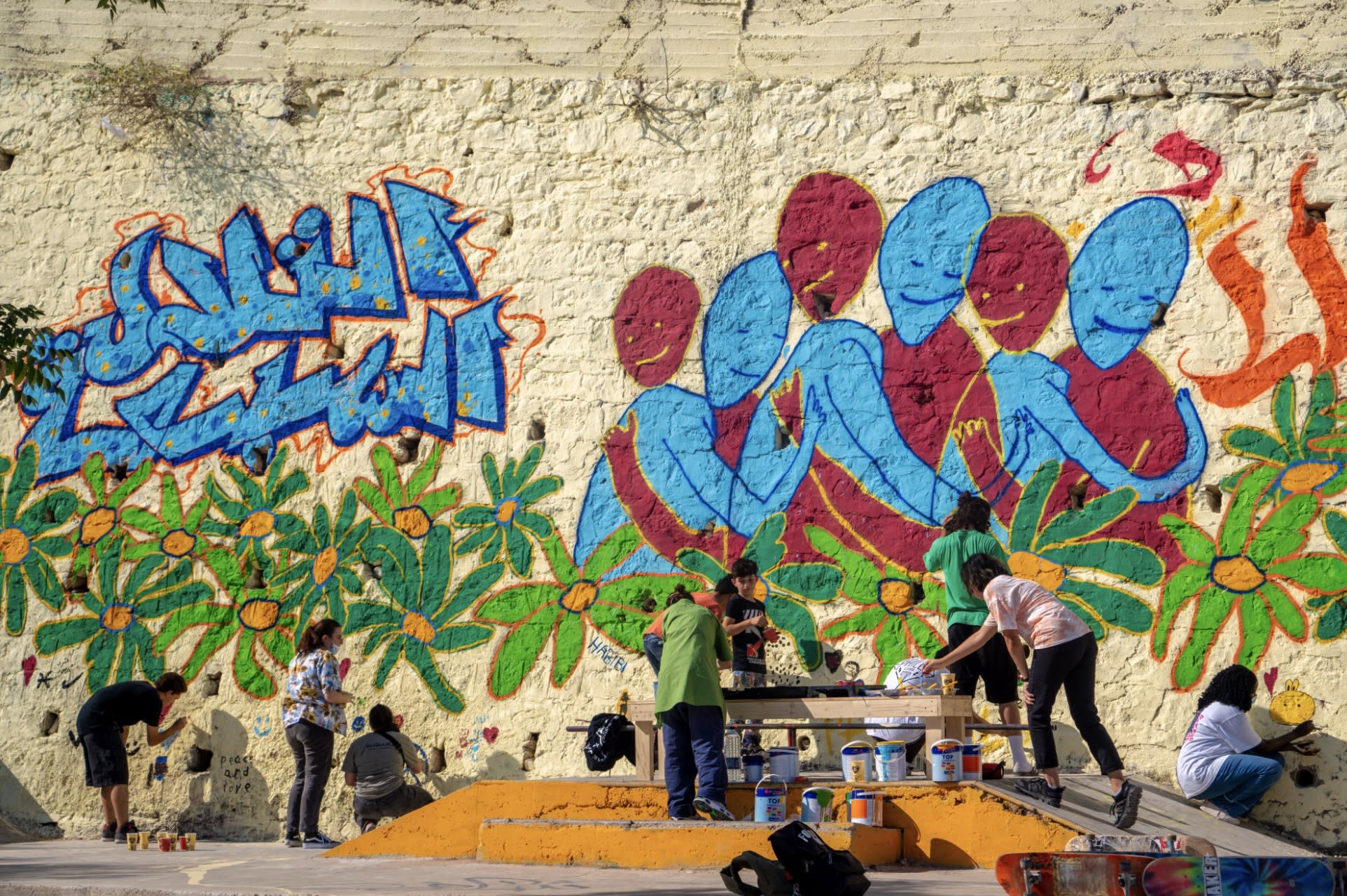 Refuge Worldwide and Zaatari Radio to collaborate in Amman

This May, Refuge Worldwide and Zaatari Radio will build a studio and deliver four weeks of workshops and talks at the 7Hills skatepark in the Jordanian capital.

At the Al-Raseef urban education space at the 7Hills skatepark in Amman, Refuge Worldwide will be working collaboratively alongside Zaatari Radio, the local community and other partners to build a recording studio in the heart of downtown Amman.

Four weeks of workshops and talks will be delivered by musicians, artists and industry experts, aimed at young people from marginalised communities in Amman. Participants will create radio shows to be broadcast throughout Jordan and on Refuge Worldwide, resulting in subsequent radio residencies on the station.

The project, ‘Aswat Al Raseef’, which means ‘Sounds Of The Sidewalk’, will celebrate the vibrant culture and diversity of the Arabic metropole, a result of the city’s geopolitical importance as a destination for refugees and migrants from Syria, Palestine, Lebanon, Sudan, Somalia, Yemen, Egypt, Nigeria and across the MENA region. Through a curriculum of practical workshops on digital, technical and creative radio production skills, participants will produce radio shows examining identity and migration histories in contemporary Amman, utilising sound media to portray life in the city for host, migrant and refugee communities. There will also be a series of talks from industry experts in Jordan and across the MENA region, which will be open to members of the public.

At the end of the project, the pop-up studio and all donated equipment will remain in place at 7Hills, to become a lasting resource for the local community.

Email info@7hillspark.com for more information and to sign up for workshops.

The workshops will take place at Al-Raseef; 7Hills' urban education space opposite the skatepark. Since opening, 7Hills have been providing free-of-charge creative workshops from screen printing, mural painting, carpentry and more. The space runs on commitments to multidisciplinary, collaboration and DIY culture, something that will continue through the radio workshops as we partner with 7Hills on delivering the programme.