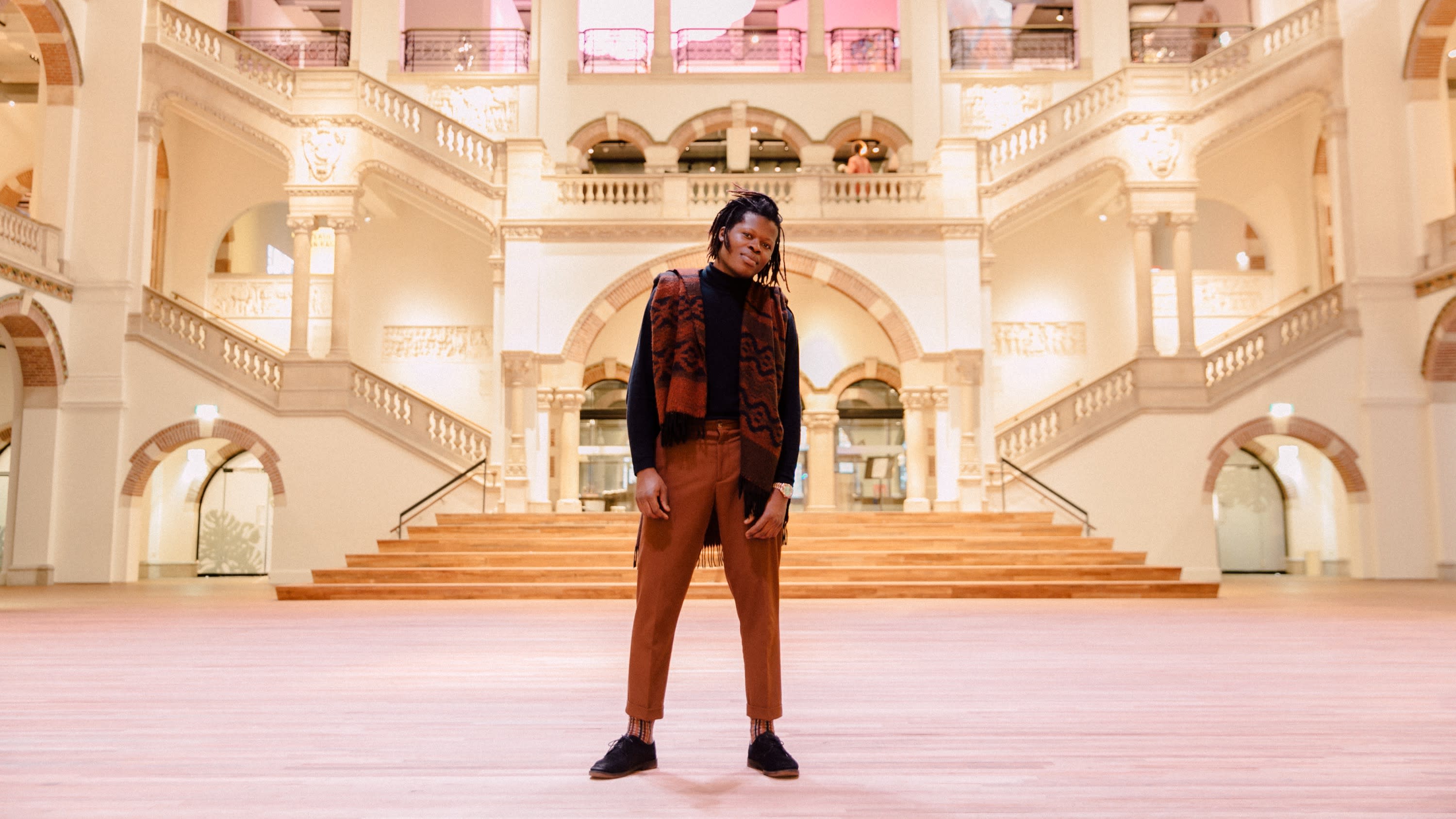 Philou’s coming of age is defined by the forces of musical and cultural diversity, living in worlds seemingly estranged from one another. As an adopted black kid, Philou grew up with the loving care of his adoptive Dutch grandparents. His grandfather taught him to listen to jazz and classical music from a very young age, provoking a surge of curiosity about his own African heritage. He found Nigerian and Congolese tapes from his African birth parents that were in his family’s possession and started digging into the traditional sounds of Africa. Through music, Louzolo developed an early sensitivity towards cultural expressions in general.  Composing his identity as a performing artist began years later, guided by the nightlife scenes of Rotterdam and Amsterdam. With an extensive pan-african sound, he began reaching the hearts of large crowds, ultimately pushing his popularity across national and international borders where he made appearances at the Panorama Bar, Nuits de Sonores, DGTL, Le Sucre, DJOON, North Sea Jazz, De School, Dekmantel Selectors. A highlight of his early success is the release of his EP ‘Alkbulan Republic‘, which was a tribute to Nigerian pioneers such as Fela Kuti and William Onyeabor. This EP was recorded in collaboration with musicians from Ghana and Nigeria and mixed and produced by Philou in the city where he currently resides, Rotterdam. Being away from the scene entirely in 2018 led him to mature his musical ambitions. Sidestepping Afro cliches in favor of appropriating its tropical nature led him to revisit his childhood, where he found new purpose in the futuristic fantasy worlds familiar to him as a young boy. Reconnecting with his sense of self as an artist and producer, urged him to avoid focussing merely on the diffusion of traditional records from Africa but rather to expand its scope by adding layers of obscurity found in afro house, techno, sci-fi, acid house and electro. Altering the expectations of genre, the prism of Afrofuturism in his sound also reflects more mainstream black music such as afropop, r&b, trap, dancehall and more fusion. Louzolo’s vision is fueled by artists like Drexciya, Black Coffee, Burna Boy, Jeff Mills and Shinedoe. His comeback symbolizes an intrinsic, deeply personal need to connect the traditional ancestral sound with progressive sounds of intergalactic electronic music. The ultimate expression of his break from the scene is the birth of his label Wokoundou, which is not just a record label but a world in itself, more like a multiverse, where time and space create an endless surge of movement, knowledge, creativity and play connecting the then and now of African sounds. Louzolo is in the process of creating, keeping one foot on the African soil while both his hands are reaching for the future sky above and beyond us, with expanding the genre of African music as his ultimate quest.