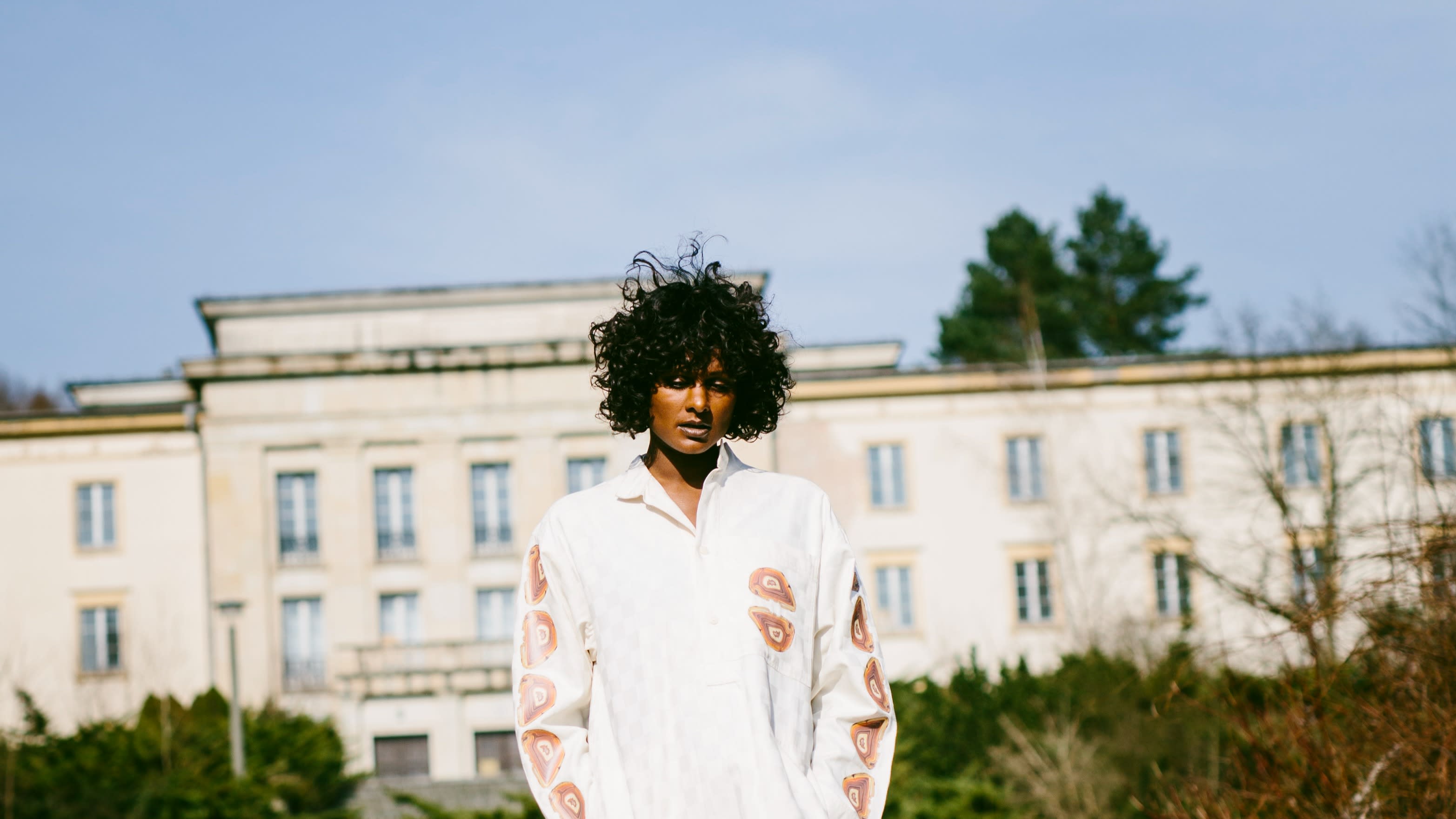 Perera Elsewhere aka Sasha Perera is a London-born, Berlin-based musician, producer, songwriter and DJ. Using everything from gritty, indigenous sounds to her own warped vocals or trumpet, oscillat- ing synths or dread-heavy basses, Perera creates soundscapes to house her songs as well as shape-shifting, psychedelic instrumentals.

Perera Elsewhere has released two albums on the Los-Angeles-based FoF music who she signed with in 2013. She has had songs licensed for TV & films eg. Oscar-winning Director Paolo Sorrentino's 'Loro', Ava Du Vernay’s Queen Sugar show and HBO’s Looking. She's received critical acclaim from media outlets such as the BBC, NPR, Pitchfork, Fader & The Guardian and has produced remixes for Gonjasufi on Warp Records, former Malariadrummer Gudrun Gut, Madame Gandhi, Chino Amobi, PlanningtoRock and Polica . Pre-elsewhere, Sasha was songwriter & vocalist of the project Jahcoozi. BBC radio icon John Peel played their first EP and called it 'pop music from the future’ and they released 3 albums after that. Thom Yorke placed 'Silikon' the song Sasha co-wrote with Modeselektor on his Itunes top-10 playlist in 2006. Sasha has played all over the planet eg. Mutek Festival- Montreal, Shelter-Shanghai, Guggenheim-Venice, Fabric–London, Low End Theory in L.A. or Berghain in Berlin.

In 2004 she co-curated 'Grimetime' party series at WMF club in Berlin, for which she booked artists such as Skepta or D-Double for their first gigs outside the UK. Sasha bought some basic audio production gear in the mid-00s and started DJing 'for fun' in 2008. She has gone on to give personalized audio production workshops for for Ableton Loop, Native Instruments and SAE . She also co-curated / participated in various music projects in Asia and Africa via the Goethe Institut.

In 2019, Perera composed music for a Red Cross advert for Swiss television as well as an Apple-commissioned documentary on ocean conservation. In 2020 she acted as a mentor for the Amplify Berlin scheme and she released a single via. the Award-winning American cartoon network Adult Swim.