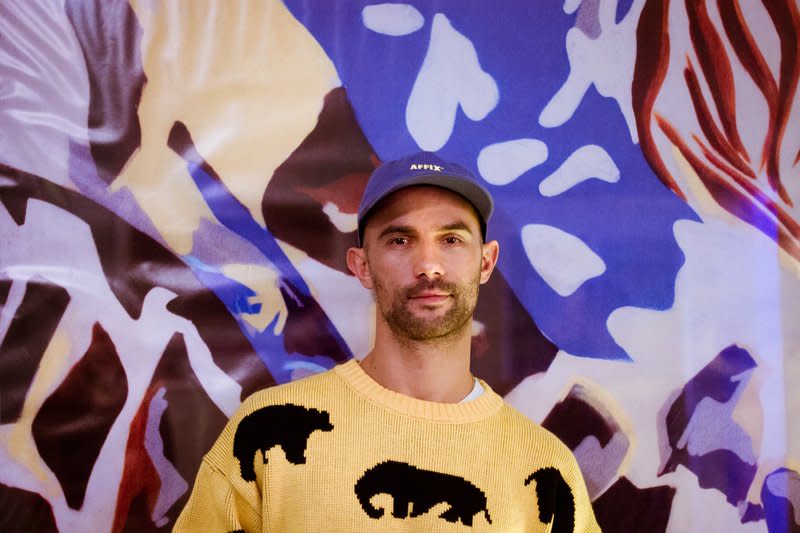 Massimiliano Pagliara was born in Tricase (Lecce) in the deep south of Italy. Already as a child he listened to diverse types of music: rap, classical, reggae, dub and 60s rock'n'roll. Coming from this small village, he and his friends created a small musical world for themselves, spending a lot of time every day playing records in his basement and at private parties.

Upon moving to Milan in 1997, Massi embarked on an academic career and eventually earned his diploma in theatre, dance and choreography at the Civica Scuola di Teatro Paolo Grassi in 2001. While discovering the fashionable and alternative club scene of the city, his imagination was captured by experimental electronic music such as Aphex Twin, Boards Of Canada, Autechre and Mira Calix. Naturally these avant-garde sounds eventually found their way into Massi's original body of work.

After finishing school he ventured to Europes underground capital Berlin, where he continued his studies in contemporary dance, but also dived into the city's explosive techno nightlife, particularly the renowned OstGut club. Massi's interest in electronic music found its peak in 2003 when he finally began to pursue DJing with a passion.

Ever since he's been spinning records across the world as well as some of the most popular underground venues in Germany – among them Tape Club, SchwuZ, Tresor, ://about blank, Robert Johnson, and of course Berghain / Panorama Bar, where he holds a residency.

Massi describes his style as an eclectic mix of house, disco, electro and techno – one may call it current-yet-classic. DJing has since led to productio. These days Massi lets his obsession with analog synths run wild – usually he's holed up in his apartment studio, working on his latest productions. 2011 saw the release of his debut album Focus For Infinity (on Live At Robert Johnson), followed by his sophomore LP With One Another in 2014. February 2017 saw his debut release on Ostgut Ton with the EP Time And Again. Since then, Massi has worked on various EPs, remixes, single track, all culminating in the late 2018 release of his third full-length solo album, titled Feel Live. February 2020 saw his debut on Munich's label Permanent Vacation with his new EP Nothing Stays In One Place For Long, in 2021 he's added the third part of his Uncanny Valley label trilogy with the EP Connection Lost Pt. 3.

But he's not always alone: Massi has been collaborating with luminaries around town such as Gui.Tar, Snax, Lemercier & The Lala by, Molly Nilsson and Discodromo. The two members of Gui.Tar and Massi later formed [sic!], since 2010 he's been collaborating with Rotciv – as The Rimshooters. Massi also released an EP on Apersonal Music under the alias Egyptian Nipples together with Jules Etienne. Last but not least he’s also one half of the DJ team Drei Fragezeichen (the other half being nd_baumecker).

There's an ongoing lust for dialogue when it comes to Massimiliano Pagliara – be it through his collaborations and solo productions, during his DJ sets, with his own music label Funnuvojere Records or on a personal level. The world of dance, movement and communication is deeply rooted in Massi's life – when you know how to move yourself, you easily know how to move others.