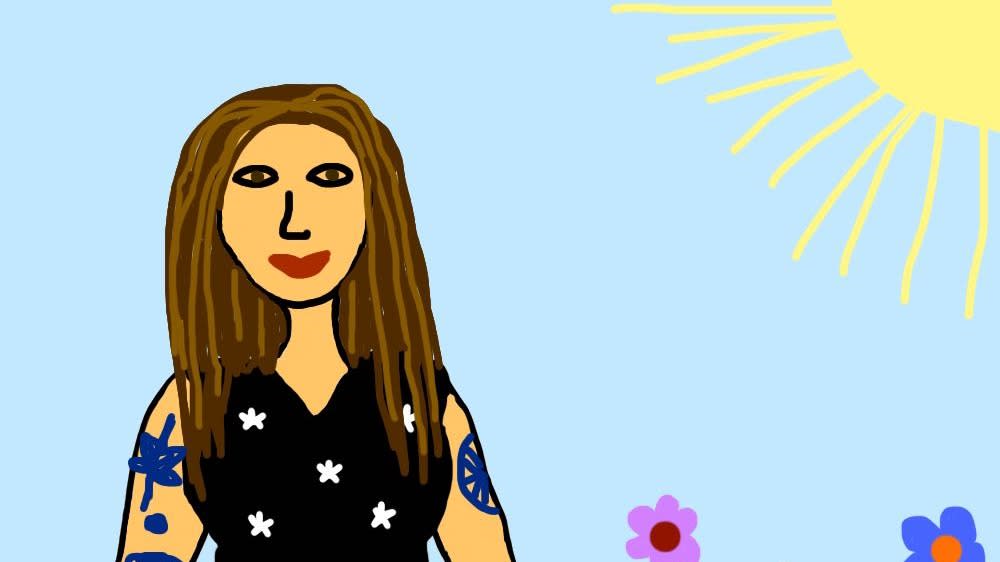 Julie Marghilano, founder of Sol Asylum records and party residing in Berlin's cherished Club Der Visionaere/Hoppetosse will always be pushing herself beyond the horizons of musical limitations. Julie Marghilano is a classically trained musician that knows the value of hard work and determination that is required to make a vision blossom into a living and breathing entity. Putting in numerous hours of study in and out of the conservatory for violin, Julie learned the discipline it took to master her craft. While studying classical music, she realized that her true passion was more within the electronic sound spectrum; this led her to experiment with the electric violin and fully absorb herself into electronic music. Julie has been on a musical path since a young age: born to a jazz musician father and vocalist mother, she was always surrounded by bee bop and swing, and thus was being infused with an infallible sense of unconventional rhythm and training in musical theory at an early age.

Raised in Las Vegas but with years spent exploring her Italian roots in Italy, Julie has soaked up a wide array of influences and experiences, has held various residencies (at Peter Pan and Echoes) and played in various clubs around the world. As an impassioned record collector, a natural next step for Julie was to set up her vinyl only / art collective and party, Sol Asylum, with the help of her trusted friend and resident DJ, Miss Jools. Julie has an eye and ear for finding like-minded creative souls while curating artists who are constantly pushing boundaries while exploring the territory outside of their comfort zone like Anton Zap, Dana Ruh, and Pressure Point.

Now reaching its seventh year as a musical collective, Sol Asylum continues to throw regular parties at Berlin’s beloved Club der Visionaere/Hoppetosse. The label featured see a release from Freerotation founders Steevio & Suzybee whose immersive combination of visuals and music was the perfect way to celebrate the labels fifth-year milestone.

Focusing on her own productions for Sol Asylum and spending countless hours in the studio learning as much as she possibly can about analog and modular gear has propelled Julie into an exciting new direction as an artist, continuing to evolve her sound and play around without genre constraints. Always pushing herself beyond the horizons of musical limitation and continuing to push forward as a collector, curator, producer, and musician, Julie will continue to reveal her future vision through her music and labels…